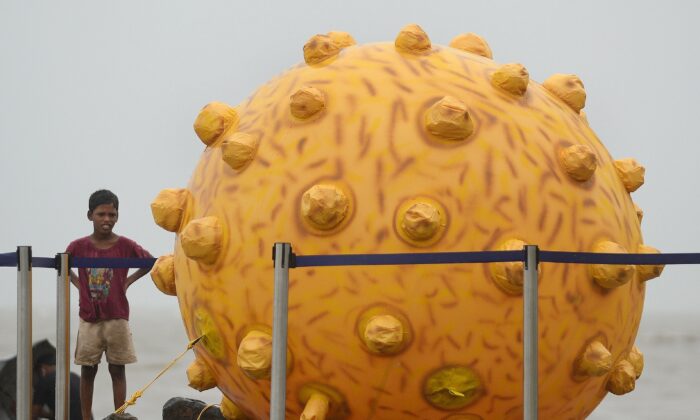 An Indian boy stands near a replica of the Hepatitis virus, a part of an awareness event in Mumbai on July 28, 2014. (Punit Paranjpe/AFP via Getty Images)
Europe

The 13-month-old baby had been hospitalized with a high fever and was later diagnosed with liver failure and cerebral edema due to severe acute hepatitis, the agency said.

An outbreak of severe hepatitis in young children was first reported in April in Britain and has since hit dozens of other countries. In June, the World Health Organization (WHO) said that thirty-three countries had reported 920 probable cases of severe acute hepatitis in children, a jump of 270 from May.

So far, Greece has registered another 11 cases that meet the criteria of a “probable case” of the disease, the agency said, but those cases “did not require special treatment or present any complications,” it added.