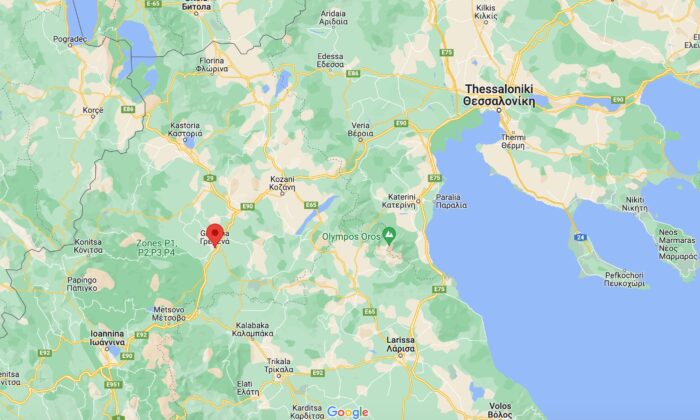 A map showing the location of Grevena, Greece. (Google Maps/Screenshot via The Epoch Times)
Europe

ATHENS, Greece—Three factory workers were killed in a powerful explosion Monday at a commercial dynamite factory in northern Greece, while one injured worker was hospitalized, authorities said.

The blast occurred outside the northern city of Grevena, 420 kilometers (260 miles) northwest of Athens.

The company that owns the factory said Monday that the three workers, who had been declared missing for hours, were dead.

Fire service rescuers were called to the site in a remote area 30 kilometers (19 miles) outside of Grevena. Residents of the town heard the explosion, said regional governor Giorgos Kasapidis.

“This was a very large explosion that was detected dozens of kilometers away,” Kasapidis told state-run television.

The cause of the blast is under investigation.