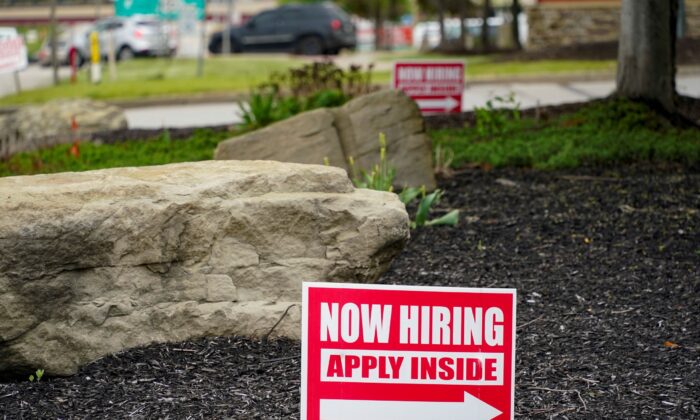 ‘Great Resignation’ to Get Worse in 2022

A record number of U.S. workers quit their jobs in November, while job openings eased in the home stretch of 2021, new data show.

According to the Bureau of Labor Statistics (BLS), the number of job resignations advanced 370,000 to an all-time high of 4.527 million. As a percentage of the workforce, the quit rate was 3 percent, matching the September level.

This represents the fifth consecutive month of resignations topping 4 million.

Over the past year, workers have been quitting their positions in large numbers, a trend experts have dubbed “The Great Resignation.” The labor market has tilted in favor of workers amid job openings outnumbering individuals searching for employment opportunities.

BLS further reported on Jan. 4 that the number of job openings topped 10.5 million in November, down from an upwardly revised 11.033 million in October. The market had penciled in a modest bump to 11.075 million.

Despite the slight easing in job openings, the category is still flirting with all-time highs. It has been challenging for employers to fill positions in the current economy, with many businesses raising wages, offering bonuses, and providing a broad array of employment perks.

This isn’t an issue unique to the United States. Many other advanced countries, including Germany and Japan, have experienced comparable trends.

Meanwhile, the U.S. Labor Department will release its nonfarm payrolls report for December on Jan. 7. Economists are forecasting a gain of 422,000 jobs and an unemployment rate of 4.1 percent.

Will These Trends Persist?

A new survey from ResumeBuilder.com, an online employment resource, reported that 23 percent of currently employed Americans plan to find a new job in 2022. A total of 52 percent of job seekers expect to quit in the first half of the year, with a little more than a quarter of them planning to resign by March.

Half of the respondents are hunting for work elsewhere to earn higher pay and better benefits.

“Workers often make shifts in employment after the new year,” said Carolyn Kleiman, career strategist and professional resume writer. “Employees may wait for end-of-the-year bonuses to make a change or see what new opportunities arise in the new year. Plus, as the pandemic continues, people continue to evaluate their lives, and work is a large part of that.”

Other studies have come across similar numbers. A November Qualtrics Employee Experience Trends Report for 2022 found that fewer people intend to stay at their current job compared to 2021.

Middle managers are expected to lead the way, with only 69 percent of them planning to work at their current occupation over the next few years, down from 83 percent in 2021.

Whether it’s because of burnout from heavy workloads or insufficient remote technology, employees have listed many reasons for submitting their resignation letters. The study authors say this should prompt companies to “throw out the old playbook and never look back” and facilitate a better working environment for both in-person and remote staff.

In October, employment website Joblist released the results of a survey of 25,000 job seekers nationwide.

The study revealed that 73 percent of employed workers were thinking about quitting their jobs. Poll respondents highlighted their growing unhappiness with their positions, citing employer treatment during the pandemic, low pay, a lack of benefits, and a paucity of work-life balance.

Hospitality has been the sector most affected by the labor shortage. A total of 45 percent of hospitality workers were more dissatisfied with their jobs now than they were before the pandemic, according to the survey.

Millennials and Generation Z are ostensibly leading “The Great Resignation.”

A Microsoft report, “The Next Great Disruption Is Hybrid Work—Are We Ready?” found that 41 percent of the global workforce is thinking about handing their resignation to the human resources department. A total of 54 percent of Generation Z workers (18- to 25-year-olds) are considering quitting their jobs.

Where workers want to fulfill their duties has also changed. One-third of employed Americans noted that they wouldn’t want to work for a company that mandates them to work on-site full-time, a recent Prudential report found.

The same report learned that one-quarter of workers say they’ll be looking for a new job when the severity of the pandemic subsides.

Companies have been retaining staff members at higher rates in response to the current conditions. The BLS data show that total private industry layoffs and discharges have fallen at an annualized rate of 0.6 percent.

At the very least, employers intend to improve their retention rates throughout 2022, according to experts.

A recent Fast Company Impact Council report involving business leaders suggests that it will be a critical year for employers to keep their promises to workers, whether it’s addressing inequities or listening to their needs.

In December 2021, the New York Post reported that Goldman Sachs planned to terminate fewer employees at the end of 2021 as Wall Street faces an industry-wide labor shortage.

The financial institution typically fires roughly 5 percent of its workforce and anticipates another five percent of employees to quit after they receive their bonuses. However, in this environment, Goldman Sachs and other companies are being more careful about culling the workforce as they struggle to hire candidates.

In October, a study by the U.S. Chamber of Commerce and MetLife showed that 49 percent of small businesses find it challenging to find candidates with the skills necessary to complete tasks associated with the jobs.

Tom Sullivan, vice president of small-business policy at the Chamber of Commerce, said in a statement that business owners are adamant about adding to their payrolls.

“However, the worker shortage crisis threatens the economic recovery of Main Streets across the country, and many small-business owners have simply given up on finding new staff,” Sullivan said. “Congress needs to focus on making it easier for small businesses to hire the people they need to grow, compete, and thrive.”

With more than half of small businesses worried about staffing, more companies will be concentrating on keeping their talent.