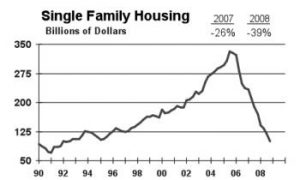 Analysis of Construction Past, Present, and Future
0
US

By Tara MacIsaac
Print
NEW YORK—Gov. Andrew Cuomo gave his State of the State address in a unique setting on Wednesday afternoon. Cuomo, who took office on Jan. 1, is the first governor to open up his address to the public.

The Empire State Convention Center, where Cuomo delivered the speech, held 2,200 spectators, and approximately 8,000 more viewed the address as it was streamed live on the New York State Legislative Channel website.

The open forum was not the only unique element of the 2011 state address. Past governors have inherited considerable deficits, but the $10 billion hole looming beneath Cuomo’s feet is something unprecedented in the history of New York. The new governor diagnosed the ailments of the state and offered his prescription.

“The State of the State is a time of crisis,” Cuomo said.

The $10 billion deficit will climb to $14 billion next year and to $17 billion in 2012, unless the state drastically changes its course, noted the governor.

The tone of the address was one of hope rather than pessimism, however, with Cuomo planning to turn the crisis into an opportunity for change.

The network of state agencies has not been reorganized since the reign of Gov. Al Smith in 1927, noted Cuomo. A constitutional amendment limits the number of state executive departments to 20 but allows for the plethora of committees, councils, advisories, and boards that are inefficient and costly, according to the new governor. Cuomo used the Department of Health as an example: This single department has 87 organizations attached to it.

A Spending and Government Efficiency (SAGE) Committee will be formed—one committee tasked with cutting many others. State spending will be capped so that it will not exceed the inflation rate, and state employees will experience a wage freeze.

On the health care front, the governor intends to create a Medicaid Redesign Team. Cuomo hopes to identify inefficiencies before resorting to the traditional method of cutting reimbursement rates. He has enlisted the help of Jason Helgerson, who implemented sweeping reforms as Medicaid director in Wisconsin.

Another way to get more for taxpayers’ money is to base funding on performance and not just on need, Cuomo said. He will set up two competitive grants of $250 million each to drive performance. One grant will be awarded to the school district that shows the most impressive improvement in historically low-performing schools. The second grant will go to the agency that shows the greatest improvement in administrative efficiency.

Cuomo also aims to transform the budget process. He compared the current process to ships passing in the night. The governor called for bipartisan cooperation and declared that special interest groups will no longer have a stake.

Sheldon Silver, speaker of the state Assembly, declared his support for Cuomo’s plans, giving Cuomo a one up on former Gov. David Paterson. While the former governor had some Republican support, the Democrats blocked him on many fronts. With the speaker’s support, Cuomo just might be able to break through the gridlock in the state Legislature.

Bringing in the Cash

“New York has no future as the tax capital of the nation,” stated Cuomo. “Our young people will not stay; businesses will not come.”

The governor plans to hold the line on taxes for now and reduce them in the future.

Cuomo brought up the case of Geraldine Sullivan, 81, of West Irondequoit. Sullivan had been retired and living on Social Security, but had to go back to work as a lunch monitor at the local high school because she could no longer afford her increasing property taxes.

“Geraldine, we understand your problems, [and] help is on the way,” Cuomo said.

“We will introduce a property tax cap once and for all,” he promised.

Cuomo touched on other hot topics as well. He pledged his support for urban green markets and promised to close down ineffective juvenile detention facilities upstate. The governor got riled up on the latter point and declared his determination to close these centers despite protests from communities worried about the jobs that would be lost.

It costs $200,000 per year to keep one youth in a juvenile detention center, hundreds of miles from home, noted Cuomo. The detention centers have been proven ineffective, and there are better ways to create jobs, he said.

“The incarceration program is not an employment program,” Cuomo practically shouted.

Mum was the word on hydraulic fracturing, the controversial method of obtaining natural gas from shale in the Marcellus and Utica shale regions by blasting water and chemicals into the earth.

The governor took a hard line on the corruption and dysfunctionality in Albany, however.

“Sometimes even in Albany, there is a black-and-white issue, and this issue is black-and-white—there is no gray. People have lost faith in the government. … It is time to pass ethics reform now,” he stated.

Campaigns must be publicly financed and redistricting must be done independently, Cuomo said. He plans to punish officials who break the law by withdrawing their pensions.

Despite its unique, open format, Cuomo’s State of the State address did not differ greatly from the addresses of his predecessors. He encouraged hope despite seemingly dire circumstances and reminded New Yorkers that the state has seen difficult times before.