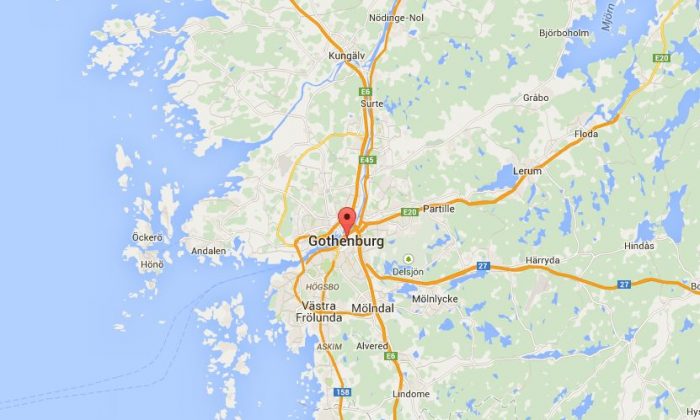 At least eight people were injured in Gothenburg, Sweden, in a shooting on Wednesday, according to early reports. (Google Maps)
Europe

At least eight people were injured in Gothenburg, Sweden, in a shooting on Wednesday, according to early reports.

The shooting took place at the Var Krog Och Bar pub, local media reported. According to the Aftonbladet paper, a witness said that two people came in with what looked like an AK-47 rifle and started shooting.

“We sat and watched the game when the shooters came in,” said the witness.

No suspect has yet been arrested for the shooting.

Several of the victims were hospitalized. Their conditions are unknown.

A woman told Aftonbladet: “I just came down to see that they have locked down the entire square,” according to The Express.

“It is the gangs that are doing these sort of things around here,” she said. “I’m not worried for my safety. However, if they keep this up it bound to hurt someone innocent one day”