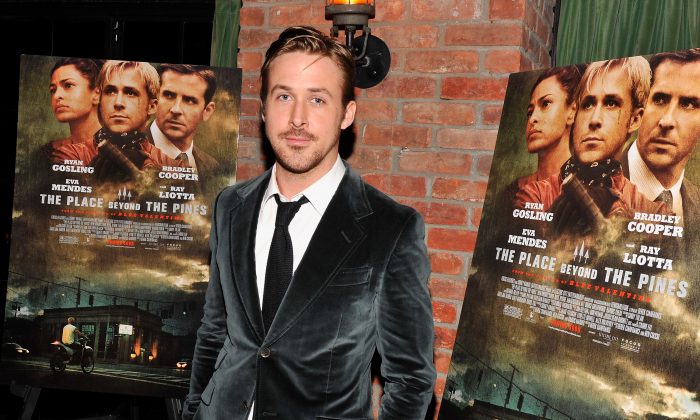 Ryan Gosling at a recent premiere for the movie "The Place Beyond the Pines." (Stephen Lovekin/Getty Images)
Entertainment

Gosling film booed: “Only God Forgives,” which Ryan Gosling stars in, was booed at the Cannes Film Festival.

Gosling himself wasn’t at the event, saying in a letter read by the festival’s director that he “can’t believe I’m not in Cannes.”

“I was hoping to come but I’m on week three shooting my film in Detroit,” he wrote. “Miss you all. Nicolas, my friend, we really are the same person in different dimensions. I’m sending you good vibrations.”

The film is described as a “slow-motion bloodbath” by the Star, with Gosling playing “a nearly mute drug dealer, zombie-like in his manner.”

With so much gore, the festival’s judging panel will likely not find anything to like about it, posits the tabloid.