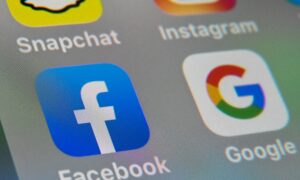 The logo of Google is seen in Davos, Switzerland on Jan. 20, 2020. (Arnd Wiegmann/Reuters)
Tech News

Google to Pay Some Publishers in Australia, Brazil, Germany for Content

BRUSSELS—Alphabet’s Google on Thursday took a step to resolving its spat with publishers, saying it would pay some media groups in Australia, Brazil, and Germany for “high-quality” content and expects to do more deals with others.

The U.S. internet giant has for years tried to fend off demands for payment from news publishers worldwide in return for using their content, with European media groups among their fiercest critics.

“Today, we are announcing a licensing programme to pay publishers for high-quality content for a news experience launching later this year,” Brad Bender, Google’s vice-president for news, said in a blogpost.

“We will start with publishers in a number of countries around the globe, with more to come soon,” he said.

The new product will be available on Google News and Discover. Bender said Google would also offer to pay for free access for users to read paywalled articles on a publisher’s site where available.

Publishers that will be paid for their content are Germany’s Der Spiegel, Frankfurter Allgemeine Zeitung, Die Zeit and Rheinische Post, Australian groups Schwartz Media, The Conversation and Solstice Media, and Brazil’s Diarios Associados and A Gazeta.

Google and Facebook Forced to Pay Media By Australian Government

France’s competition authority in April ordered Google to pay French publishers for using their content while Australia said it would force the company and Facebook to share advertising revenue with local media groups.