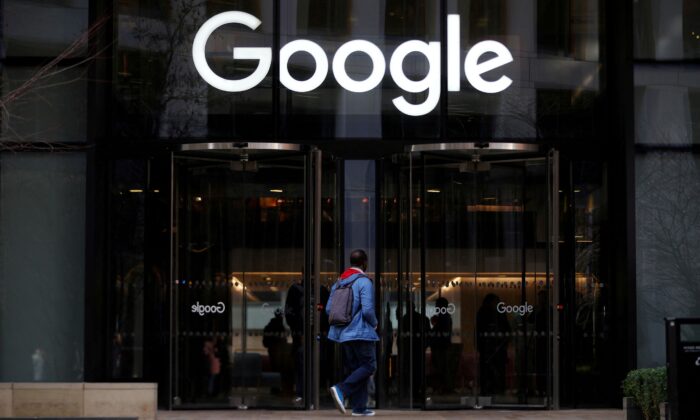 The Google logo is pictured at the entrance to the Google offices in London, Britain, on Jan. 18, 2019. (Hannah McKay/Reuters)
Tech

NEW YORK—Alphabet Inc.’s Google on Wednesday said it would keep alive for at least two years a tracking technology on its Android phones that is relied upon by advertisers, easing speculation about its plans after Apple Inc. frustrated the ad industry by restricting a similar tool.

Google said it would give “substantial notice” before axing what is known as AdId. But it will immediately begin seeking feedback on its proposed alternatives, which Google said aim to better protect users’ privacy and curb covert surveillance.

Facebook owner Meta Platforms Inc. said this month it expects to lose $10 billion in ad sales this year due to Apple’s change, one of a number of companies that have reported hits from the move. IDFA and AdId help in determining relevant ads and identifying subsequent purchases. But as users declined tracking, advertisers pared spending.

Google and Apple, which make the dueling operating systems used in most of the world’s smartphones and tablets, have faced pressure over the past few years from regulators and new laws to give users greater control over the data apps collect.

Google said it would work with app makers such as Snap Inc. and Activision Blizzard Inc. to design tools that support targeting ads and logging clicks while limiting access to personal information.

An earlier move by Google to eliminate tracking technology in its Chrome browser by the end of 2023 led some of the company’s ad tech rivals to complain to competition authorities.

Last week, Google finalized a deal to have the U.K. antitrust regulator monitor the Chrome project. Google said it would apply the agreement’s principles, including treating itself the same as any rival, to the Android work.