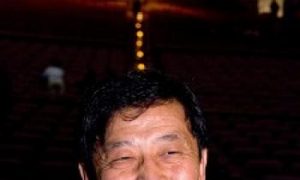 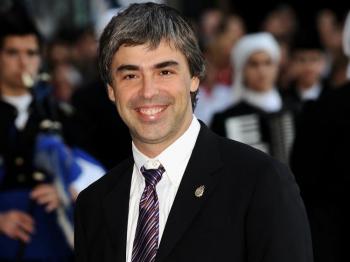 Google ‘In Capable Hands’ as Larry Page Takes Over as CEO

The move will become effective in April, the company said.

The announcement, which was unexpected, marks the rise of Page, a Stanford-educated computer scientist who founded the company in 1998 with friend Sergey Brin. He was ruled too inexperienced to run the business operations of the company ten years ago, when Schmidt was hired, as Google had aspirations of becoming a publicly traded company.

Today, in the face of Internet sensation Facebook Inc. and a resurgent Microsoft Corp., Page takes over the company in a pivotal point of its history.

"I am enormously proud of my last decade as CEO, and I am certain that the next 10 years under Larry will be even better!" Schmidt wrote in Google’s official blog post. "Larry, in my clear opinion, is ready to lead."

Schmidt, a former Novell executive, has led the company since 2001. He will transition to the role of executive chairman and help build relationships with customers and stakeholders.

Some analysts wondered whether Page’s ascension had less to do with the fact that he’s ready to become CEO, and more to do with Google’s impending innovation war with fellow Silicon Valley titans Facebook and Twitter.

Unlike during the dot-com era, when Google was singularly a search engine business, today the company offers a slew of web services such as Gmail, Google Docs, YouTube, and develops software such as the Chrome web browser and the Google Android smartphone operating system. Android, one of Google’s biggest and most promising cash cows, last year overtook Apple’s iOS as the best-selling mobile platform.

"It is important to note that although the titles have changed, the core team remains the same… this new team structure makes a lot of sense and could result in faster decision making," JP Morgan technology analyst Imran Khan said.

In one of Google’s first Securities and Exchange Commission filings, the company described its executive team as a “triumvirate” between Schmidt, Page, and Brin. With Page at the helm and Schmidt and Brin onboard, Google shouldn’t be short on leadership.

Other analysts agreed. “We do not expect material changes to the strategy, and believe the company will be in capable hands under Page,” wrote UBS’s Brian Pitz, who maintained his “Buy” rating on Google’s stock and raised his price target from $735 to $780. That sentiment is echoed by Barclays Capital, which wrote “We don't view the CEO transition as that material of a change and we still think Google will be run in a similar manner as it is today, and mostly by the same people,” in a research note to clients after Google’s quarterly earnings report.

"Whenever you have a caretaker CEO, they're supposed to stay in place until the founders have enough experience. Larry had enough experience about four years ago,” said technology expert Rob Enderle of Enderle Group.

Despite last year’s rejection by Groupon of its $6 billion buyout offer, Google is intent on building its social couponing business, and now may be looking to start its own version of it, working with small businesses in a trial run.

"Google is communicating with small businesses to enlist their support and participation in a test of a pre-paid offers/vouchers program. This initiative is part of an ongoing effort at Google to make new products, such as the recent Offer Ads beta, that connect businesses with customers in new ways. We do not have more details to share at this time, but will keep you posted,” according to Mashable.

Social coupon websites such as Groupon work with local businesses to offer deep discounts, provided that a set number of customers sign up.

Groupon, which is founded in 2008, is working on an initial public offering.

The technology industry is littered with examples of founders returning to lead the companies they established—Jerry Yang of Yahoo! and Steve Jobs of Apple Inc. Yang was sacked in 2008 after investors were unhappy with his handling of Microsoft’s advances to purchase the firm, while Jobs has led Apple to become the most value technology firm.

So the question remains: will Page resemble Yang or Jobs?