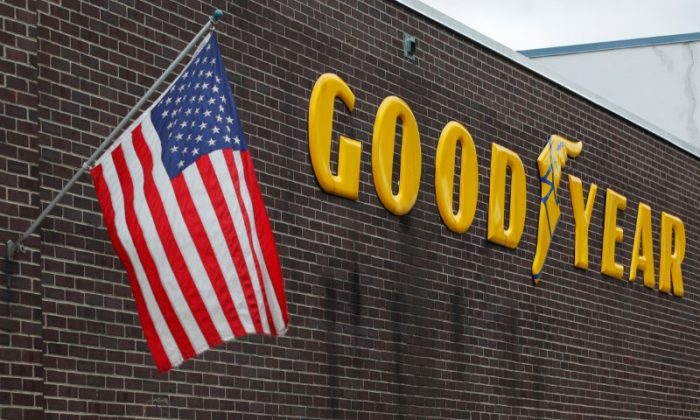 CARACAS—Goodyear Tire & Rubber Co. is halting operations in Venezuela because of dire economic conditions and U.S. sanctions, the company said on Dec. 10, part of an exodus of foreign corporations from the country.

Demand for consumer goods has plummeted and firms are unable to import raw materials, leading companies ranging from Kimberly-Clark Corp. to Kellogg Co. to leave for good.

“Goodyear-Venezuela has made the difficult decision to stop producing tires,” the firm said in a statement. “Our goal had been to maintain its operations, but economic conditions and U.S. sanctions have made this impossible.”

The statement did not offer details on how the operations had been affected by sanctions against Venezuela, a member of OPEC.

Union leader Jorge Rodriguez said he had been told by a lawyer that operations were being halted.

U.S. sanctions, levied against the government of President Nicolas Maduro on accusations he has undermined democracy, do not block commercial transactions. But they have made banks reluctant to be involved in any Venezuela-related transactions.

Goodyear is making legally mandated severance payments and is giving each worker 10 tires, which are of enormous value amid chronic shortages, the company said in a letter written to workers and seen by Reuters.

Dozens of multinationals are hanging on in Venezuela by maintaining minimum operations, hoping for a turnaround. Many survive by limiting their product lines, which economists and corporate advisers call a strategy to prepare for an eventual exit.

Maduro says his socialist government is victim of an “economic war” waged by his political adversaries with the help of the United States. Maduro’s critics say indiscriminate printing of money and dysfunctional regulations are to blame.