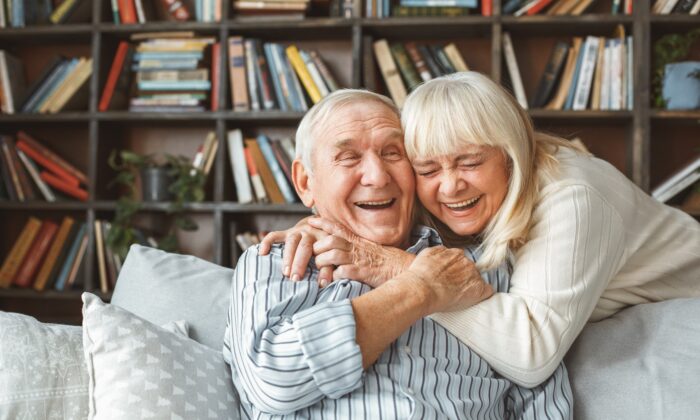 Maintaining social connections is good for your health and so is sharing a good laugh. (Viktoriia Hnatiuk/Shutterstock)
Australia

Researchers from Australia have discovered through a nationally-representative survey that living in community-minded neighbourhoods can have a major impact on a person’s mental health.

A survey undertaken by Australian National University (ANU) which monitored over 3000 people during the COVID-19 pandemic in 2020, showed that the social relationships provided within good neighbourhoods protect residents against anxiety, depression, and loneliness.

The participants were surveyed three times over the course of May to November and were separated into groups to identify what variables in their life, such as the neighbourhood they live in, worsened or improved their experience.

“People generally are much less likely to report symptoms of depression, anxiety and loneliness if they have positive perceptions of their neighbourhood social environments,” lead author James O’Donnell said in an ANU news release.

“Neighbourhood cohesiveness is a really important social glue; it keeps us connected and supports our wellbeing in everyday life and during a crisis. Everybody needs good neighbours. It is good for your health.”

The study, intended to investigate the mental health of the population in the Australian city of Melbourne before and during the city’s second lockdown, provided significant evidence of lockdowns’ impact on mental health. Melbourne experienced the world’s longest period in a restrictive COVID-19 lockdown.

“During the second lockdown in Melbourne, one of the longest and strictest lockdowns in the world, the association between the neighbourhood environment was even stronger,” ANU expert in demography O’Donnell said.

He said that the strengthened association suggested that, during the lockdown, the protective effects of neighbourhoods increased.

“The results suggest that during the second lockdown in Melbourne, levels of depression increased by an average of 22 per cent and levels of loneliness by four per cent,” O’Donnell said.

However, the survey discovered that, for participants that perceived their neighbourhood as close-knit, mental health issues such as depression and loneliness were less likely to develop.

In the case of depression, those who perceived the cohesion of their neighbourhood as one standard deviation above average saw depression levels increase by an average of only 9.7 percent during lockdowns, significantly less than 22 percent.

“Our study shows social connections protected against loneliness, depression and anxiety—especially during lockdowns,” he said.

“Close-knit neighbourhoods and neighbours that trust one another, get along well and help each other can provide a really important source of social and psychological support, especially in a crisis such as COVID-19.”

The researchers of the study said that the survey results offer important insights into the ways that governments and neighbourhoods can improve their future responses to mental health and to future pandemics.

“Investing in the social infrastructure of local communities and the social cohesion of the country can protect the social, physical and psychological wellbeing of people both in daily life and through the crises we face,” she said.

“Addressing social cohesion now could provide an important mental health buffer during COVID-19 and beyond.”