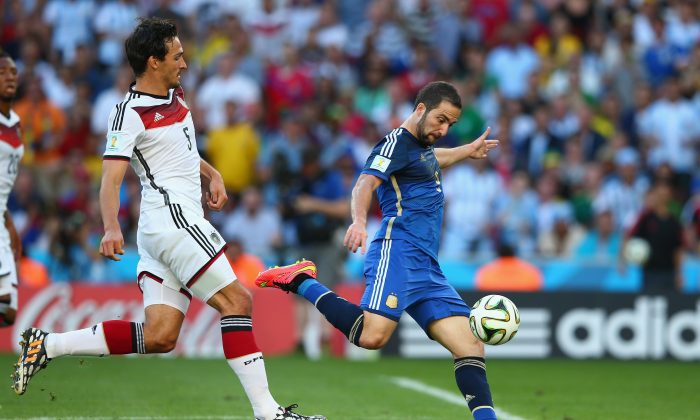 Gonzalo Higuain missed a perfect chance to put Argentina ahead in the 20th minute.

Toni Kroos headed the ball backwards right into Higuain’s path, but the striker failed to score.

Higuain put one in the net in the 30th minute, but it was ruled for offside.