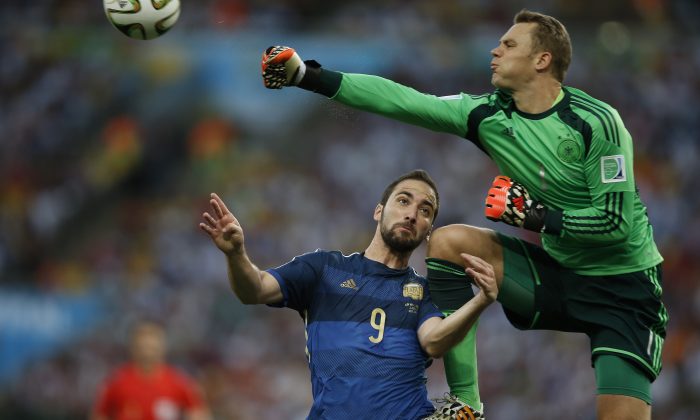 Gonzalo Higuain was injured by Manuel Neuer in the 56th minute.

German goalie Manuel Neuer caught Higuain with his knee as he rose to punch the ball away.