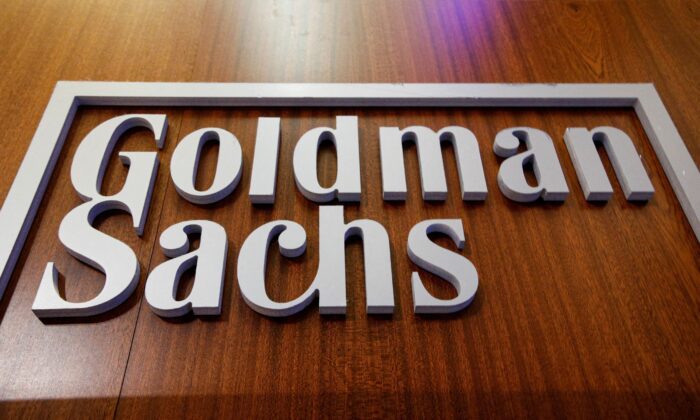 The Goldman Sachs company logo on the floor of the New York Stock Exchange on July 13, 2021. (Brendan McDermid/Reuters)
Markets

Goldman Sachs Group Inc. reduced its total credit exposure to Russia to $260 million in March from $650 million at the end of 2021, the bank said in a regulatory filing on Monday.

The bank said market exposure tied to Russia and total exposure to Ukraine were not material.

In March, Goldman Sachs became the first major U.S. bank to announce it was retreating from Russia after the country invaded Ukraine.

In a post-earnings call last month, Goldman Sachs Chief Executive Officer David Solomon said the Ukraine conflict had resulted in a net loss of $300 million for the bank in the first quarter.