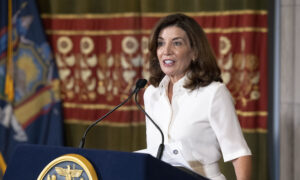 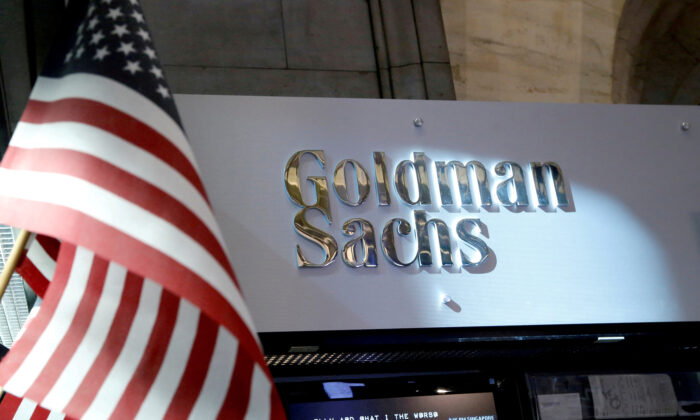 A view of the Goldman Sachs stall on the floor of the New York Stock Exchange in New York City, on July 16, 2013. (Brendan McDermid/Reuters)
AMERICA

Goldman Sachs Requires COVID-19 Vaccine for Anyone Entering US Offices

Goldman Sachs has become the latest Wall Street firm to ramp up its COVID-19 protocols, requiring anyone entering its U.S. offices to be vaccinated, according to an internal memo obtained by Reuters and confirmed by a spokesperson.

The banking giant also will require masking in common areas of its offices, regardless of vaccination status, as of Aug. 25, according to the memo. Fully vaccinated staff will also receive weekly COVID-19 tests starting on Sept. 7.

With the move, Goldman joins other Wall Street banks that have begun enforcing stricter mask and vaccine requirements. Citigroup and Morgan Stanley now require staff entering their New York premises to be inoculated against COVID-19, while Bank of America will allow only vaccinated workers to return to in-office work in September.

The appetite for vaccine mandates appears to be growing among those in New York’s financial sector.

“Most employees on Wall Street want vaccine mandates for anyone returning to the office,” Kathryn Wylde, president of Partnership for New York, told The New York Post, citing surveys.

Goldman’s announcement comes a day after the Food and Drug Administration (FDA) gave full approval for the Pfizer-BioNTech COVID-19 vaccine, which was previously authorized for emergency use only.

Following the FDA’s decision, President Joe Biden called on private sector entities such as businesses and nonprofits, as well as state and local authorities, to ramp up their imposition of vaccine requirements.

“If you’re a business leader, a nonprofit leader, a state or local leader, who has been waiting for full FDA approval to require vaccinations, I call on you now to do that—require it,” Biden said at an Aug. 23 briefing.

The lack of full FDA approval was widely reported as a factor holding some companies back from imposing vaccine mandates in the face of objections from some workers and unions. The FDA’s announcement, boosted by the Biden administration’s call for the private sector to lean in, is likely to play into companies’ decisions to push vaccine requirements.

On the same day that the FDA approved Pfizer’s shot, Disney reached a deal with its unions to require all workers at its Orlando, Florida, theme park to be vaccinated. Under the arrangement, workers will be required to show proof of vaccination by Oct. 22 to keep their jobs, with opt-outs allowed on religious or medical grounds, according to the Disney Information Station.

Some legal experts have argued that the FDA’s full approval of the vaccine will make it nearly impossible for employees to successfully challenge company mandates in court.

Language in the emergency use authorization (EUA) law states that recipients must be informed of the benefits and risks of the vaccine and given the option to accept or refuse it.

Dorit Reiss, a professor at UC–Hastings Law, told Reuters that the language in the EUA law raises uncertainty around mandates.

“With full approval, that is removed,” Reiss told the outlet.