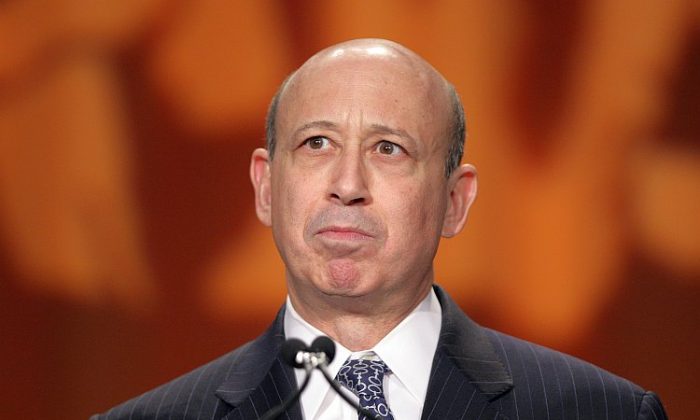 Lloyd Blankfein, chairman and CEO of Goldman Sachs speaks at a conference in Washington DC in 2011. This week, Blankfein ordered a review of internal communications, following accusations by a former high-level employee that several of the firm’s managing directors referred to their clients as “muppets.” (Chris Kleponis/AFP/Getty Images)
Business

Greg Smith, former vice president at Goldman’s London office, wrote in a highly critical resignation letter published in the op-ed section of The New York Times last week that several of the firm’s managing directors referred to their clients as “muppets.” The article was titled, “Why I Am Leaving Goldman Sachs.”

According to a Reuters report, Goldman is reviewing internal communications for the term “muppet,” as well as other derogatory words, CEO Lloyd Blankfein told Goldman’s partners during a conference call this week. Blankfein said he was taking Smith’s accusations seriously and reviewing whether there is validity to them.

In his letter, Smith categorized some Goldman employees as “morally bankrupt” and claimed that the firm frequently put its interests above those of its clients. He did not name specific people.

Blankfein stated in a published statement last week that Smith’s views did not accurately portray the company’s values. In an email to employees last week, Goldman’s COO Gary Cohn said that “in a company of our size, it is not shocking that some people could feel disgruntled.”