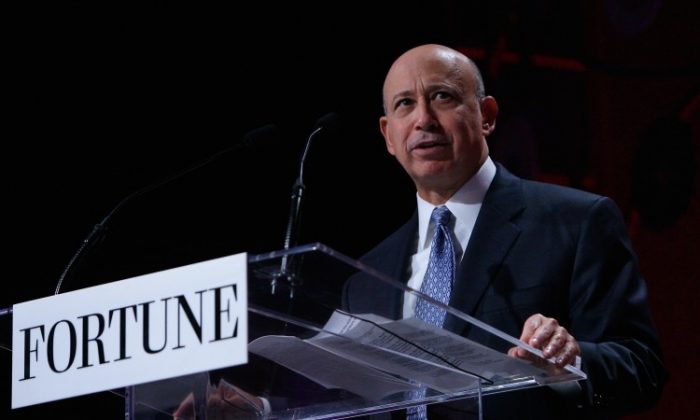 The bank’s fourth quarter earnings came in at $1 billion, or $1.84 per common share. Revenues from investment banking were lower across the board, and the results were a far cry from the $2.4 billion it made in the same quarter in 2010.

The firm’s CEO, Lloyd Blankfein, said that “global macro-economic concerns, which significantly affected our clients’ risk tolerance and willingness to transact” were a major factor in the decline in profits in the latest quarter, in a statement from the company.

In Line With Rivals’ Results
Goldman’s fortunes in the fourth quarter were similar to those experienced by its rivals, all of which reported that volatile financial markets meant clients took less risks, and in turn, investment banks experienced smaller revenue figures.

Citigroup Inc. earlier this week said that its investment banking revenues were smaller, and last week JPMorgan Chase & Co. voiced similar sentiments in its earnings release. Wells Fargo Co., whose main revenue drivers are from commercial banking, was one of the only large banks that exceeded analysts’ expectations.

Major banks were further hurt by concerns in the eurozone regarding the debt quality of sovereign bonds, as well as a strengthening U.S. dollar, which hurts banks that have sizable income from foreign operations.

Compensation Cut
Goldman announced that 2011 compensation and benefit costs were 21 percent lower than in 2010, and total staff declined by 7 percent, signaling that compensation across the board has been trimmed.

It is the third consecutive year Goldman has cut its compensation since reaching a record in 2007, before the recent financial crisis. Nevertheless, the amount set aside by the bank was enough to pay each one of its 33,000 employees roughly $367,000 for the year, although, a portion of that is in the form of stocks and equity instead of cash.

Goldman isn’t alone in cutting compensation among Wall Street banks. The Wall Street Journal reported earlier this week that Morgan Stanley Co. would cap cash bonuses at $125,000 for most of the firm’s bankers.