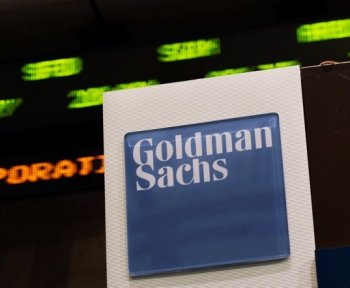 Goldman, the New York-based investment bank, said quarterly earnings were $1.05 billion, or $1.85 per common share. The earnings came in well under analyst expectations of above $2 per share, but nevertheless were more than the $453 million it earned in the same quarter a year ago.

The bank is considered the most successful on Wall Street and has only once reported a loss—in late 2008—since it became a public company. However, its top-line revenues fell by 18 percent to $7.3 billion, below analyst expectations, due to weak currency and bond trading revenues.

Goldman’s bond trading and currency trading revenues fell by 53 percent, a steep decline from $3.4 billion to $1.6 billion, which was somewhat expected given the weakness in the European sovereign debt and currencies. Compared to last quarter, Goldman’s fixed income and currencies business is down 63 percent in revenues. "During the second quarter, the operating environment was more difficult given global macro-economic concerns," Chief Executive Lloyd Blankfein said in a statement this week.

Bank of America Corp. (BAC) reported steep losses of $8.8 billion for the second quarter this week, after recording a mortgage-related charge of $20 billion.

In June, BAC agreed to pay $8.5 billion to a group of investors who bought billions worth of toxic mortgage-related investments a few years ago. That settlement, coupled with $5.5 billion it also set aside to pay for future claims related to its subprime loan activities as well as $6.4 billion in other charges, the second quarter hit was expected.

Since BAC purchased subprime lender Countrywide Financial for $4 billion during the financial crisis, the bank has been paying more money each quarter to remove itself from troubles related to subprime mortgages. The loss of 90 cents a share was in line with analysts’ expectations, and the bank hopes that the charges it took this quarter would take care of all subprime related claims.

BAC’s shares have declined more than 25 percent this year, by far the worst among all the large banks in the United States.