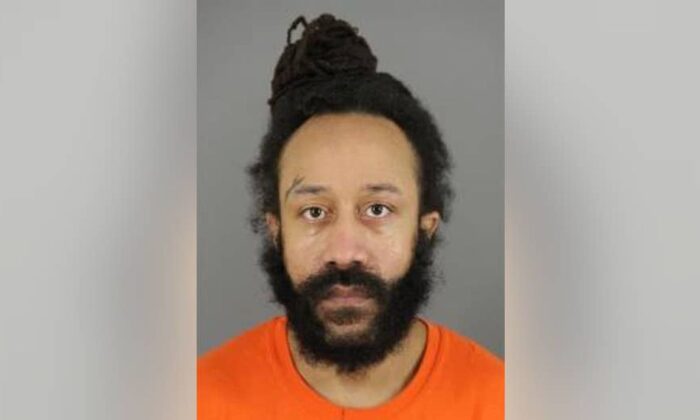 Officials in Waukesha, Wisconsin, confirmed that Darrel E. Brooks, 39, was the suspect involved in the parade incident on Nov. 21, 2021. (Milwaukee Police Department)
US News

GoFundMe has removed a fundraiser for Darrell Brooks, the alleged driver of an SUV that ran over dozens of people, killing six, during a Christmas parade in Waukesha, Wisconsin, last Sunday.

Brooks, 39, was initially charged with five counts of intentional homicide and his bail was set at $5 million by Waukesha Court Commissioner Kevin Costello.

A GoFundMe was created for Brooks in an effort to raise the money for his bail, and a screenshot of the crowdfunding page was obtained by the Daily Mail.

The GoFundMe page was initially posted by someone who identified themselves as James Norton of Waukesha.

It read, “Hello everyone. On November 21st, 2021 our dear friend Darrell Brooks was arrested for allegedly driving his car into a parade, as someone who knows Darrell personally I can tell you that he would NEVER do such a thing and I know he is innocent of what he was charged with.”

“Clearly, there is more to the story the media is not telling us and I am seeking to raise the bail so Darrell can be released and speak his truth to his side of the story in this tragic situation that sees another black man behind bars in a purely political and racist trial,” the post continued.

Norton added that there is, “no excuse for this continued treatment of black Americans by prosecutors around the country,” and that, “everyone must be presumed innocent until proven guilty,” before calling for Brooks to be “treated equally as anyone else in this country would be treated and he should be released until found guilty.”

The post was accompanied by the hashtags, BLM, IStandWithDarrell, NoJusticeNoPeace, and RacismIsReal.

As of Thursday, Nov. 25, the GoFundMe page could no longer be accessed and users instead find the message, “We’re sorry, but that campaign cannot be found. Please check the link URL and try again.”

A spokesperson for GoFundMe confirmed to DailyMail that the fundraiser was removed from the platform because it violated the GoFundMe Terms of Service and that Norton has been banned from using the site.

“Fundraisers with misuse are very rare, and we take all complaints very seriously. Our team works with law enforcement to report issues and assists them in any investigations they deem necessary,” the spokesperson said.

The Epoch Times has contacted a spokesperson for GoFundMe for comment.

Waukesha Police Chief Dan Thompson said Monday there was is no evidence that Sunday’s crash was a terrorist attack or that the suspect knew anyone in the parade. Officials have not released a motive in the case.

Thompson said police were not chasing the suspect when he entered the parade route, as had been stated in prior anonymously sourced media reports. An officer did fire shots to try and stop him, the chief said.

Brooks has two open criminal cases in Milwaukee County. In one case, filed Nov. 5, he is charged with resisting or obstructing an officer, reckless endangering, disorderly conduct, bail jumping, and battery. Records show a $1,000 cash bond was posted on Friday.

“The state’s bail recommendation in this case was inappropriately low in light of the nature of the recent charges and the pending charges against Mr. Brooks,” read the statement.

An attorney representing Brooks in a separate case told The Epoch Times that he cannot comment on the matter because he’s representing him in another case.