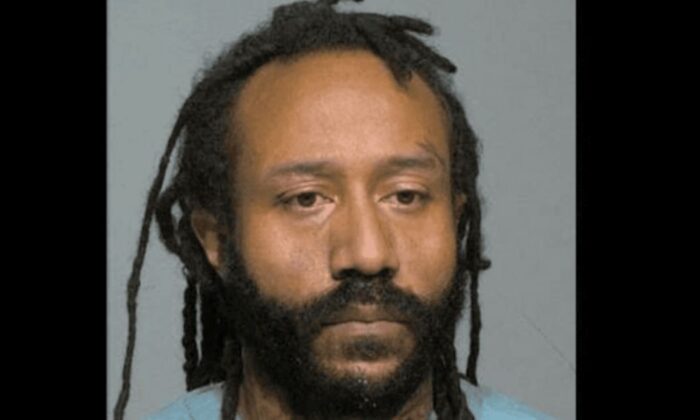 Officials confirmed that Darrel E. Brooks, 39, was the alleged driver of an SUV that ran over dozens of people, killing five, during a Christmas parade in Waukesha, Wisconsin, on Sunday evening.

Waukesha Polie Chief Daniel Thompson said Brooks was charged with five counts of intentional homicide. Other charges against the suspect are being considered, he said in a 2 p.m. news conference, adding that the incident was “not a terrorist event.”

Brooks was involved in a “domestic incident” prior to the mass casualty incident, Thompson said, adding there was no police pursuit before he allegedly plowed into the parade. Several mainstream media outlets, citing unnamed sources, claimed there had been.

“We are confident he acted alone,” Thompson also said.

In the incident, five people died and more than 40 were injured, Thompson confirmed earlier Monday. At least 18 children were taken to Children’s Wisconsin hospital in Milwaukee, it said in a statement.

A search of online court records showed a recent open case involving a person named Darrell Brooks, with a birth date that would make him 39 years old. According to the court documents, he is charged with restricting or obstructing an officer, bail jumping, and battery. A $1,000 cash bond was posted earlier this month, the records show.

The Milwaukee County District Attorney’s office released a statement on Monday detailing the pending charges against Brooks and said it was conducting an internal review of the decision involving Brook’s bail recommendation.

“The state’s bail recommendation in this case was inappropriately low in light of the nature of the recent charges and the pending charges against Mr. Brooks,” read the statement, which made no reference of the parade tragedy.

Brooks was also reportedly an aspiring rapper, known as “Mathboi Fly,” releasing several songs on YouTube. According to a Twitter page associated with Mathboi Fly, it included photos of a man who strongly resembled Brooks, and a bio for the Twitter page says he is a Milwaukee-based “born and raised” rapper.

Brooks was charged in nearby Milwaukee County on Nov. 5 with two felonies and three misdemeanors in a domestic violence incident in which he allegedly violently resisted a police officer, according to court records. He was also charged with bail jumping, the records show.

About a week later, Brooks posted a $500 cash bond and was released from custody. Other court records suggest his criminal history stretches back to at least 1999.

Brooks in July 2020 was charged with two counts of being a felon in possession of a firearm and recklessly endangering safety through the use of a dangerous weapon. In February 2021, his bond was lowered to $500, and he posted it weeks later, the records show.

Videos posted online on Sunday showed a red SUV racing alongside and into the parade, appearing to run over more than a dozen people before crowds ran from sidewalks to help.