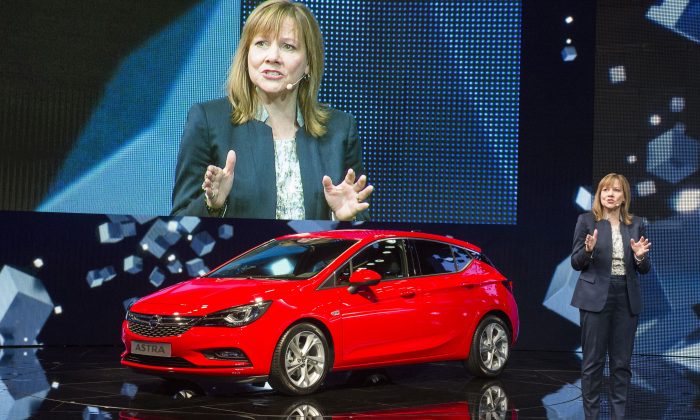 In another round of investment to further push the Obama administration’s clean energy goals, the Department of Energy announced nearly $55 million in funding to be distributed among 24 awardees for development of “cutting edge vehicle technology.” General Motors was a triple awardee, collecting more than $8 million for three projects expected to improve technology in electric vehicles.

The funding, announced on Sept. 21, is to support the DOE’s goal of making plug-in electric vehicles as affordable to own and operate as today’s gasoline-powered cars by 2022.

The Department of the Army through an alliance with the DOE is contributing $2.259 million of co-funding to support projects focused on battery modeling technologies and computational fluid dynamics.

General Motors, the nation’s largest automaker and highest award recipient, will apply nearly $4 million into research and development of technology to improve the performance of next generation electric vehicles. Another $1.6 million will go toward improving lightweight aluminum body structures. The Department of Army jointly funded just under $3 million for GM to develop software to improve the performance of battery packs.

Although GM is working to keep up with competitors in the development of innovative technology, it has failed in the past to reveal defects in some older technology, which resulted in high penalties.

Just last week GM agreed to pay a $900 million fine for failing to recall defective cars. The multibillion-dollar auto conglomerate was the subject of a federal criminal probe that erupted early last year based on accusations of a failure to disclose a safety defect in ignition switches that was tied to at least 124 deaths, according to the New York Times.

Prosecutors were expected to impose a penalty of $1 billion on Sept. 17, but the prosecutors’ tough talk in condemning the company’s actions did not name names of who at GM was specifically responsible, according to a Los Angeles Times report. The defective switch was said to have been placed in over 1 million vehicles.

But wayward automakers are not the only ones developing technology for electric vehicles. Apple Inc. has been recently reported to be targeting a 2019 release of an all-electric car, according to a Sept. 22 Wall Street Journal report.

If the Latest Apple Rumor Is True, an Electric Car-Dominated Future May Not Be Far Off

After secretly investigating options for more than a year and recently meeting with California officials, the iPhone maker is speculated to be preparing to manufacture and ship within four years. Although it is largely conjecture at this point, the WSJ reports that a recent hiring spree including engineers with automotive backgrounds is more than enough proof of Apple’s intentions.