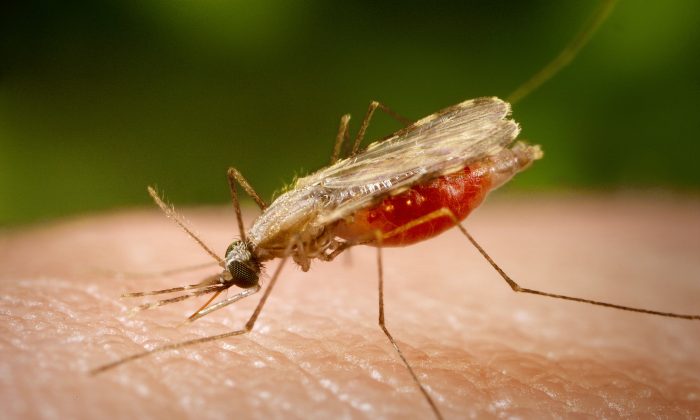 Genetically Modified Mosquitoes to Be Released in Panama This Weekend

Female Anopheles mosquitoes spread malaria, dengue, and other diseases. The idea is to release male mosquitoes genetically engineered to produce offspring that will die, thus decreasing the population and the spread of disease.

Oxitec already released 3 million GM mosquitoes in a Cayman Islands field test in 2010—the first ever release of a GM insect. The biosafety laws are lax in the Cayman Islands, a British territory. The mosquito population decreased by as much as 80 percent within three months in the region.

Oxitec was criticized for not properly informing the Cayman Islands residents of the release. The company website addresses some of these common criticisms on a FAQ page.

It states that it did inform the public, but admits: “It is true that the ‘spotlight’ public information video which was also released at the time did not explicitly state that the trial mosquitoes were genetically modified. This was an unintentional omission, as there has never been any attempt to hide this fact.”

GeneWatch and many similar groups wary of GM technology are concerned about the release in Panama, about the potentially negative and irreversible impacts it could have on the environment. GeneWatch discovered through a Freedom of Information Act inquiry that Oxitec did not submit a risk-assessment with its application to the UK government to move forward in Panama. Oxitec said Panama’s regulators produced their own risk-assessment and the regulators approved the release.

Over the course of a decade, Oxitec said, it has conducted tests in the lab and in the field to ensure the safety of its product.

The company told the BBC last year that some females are inevitably released by accident. The GM mosquitoes are not designed to successfully breed under normal outdoor conditions, but in the lab, the presence of the antibiotic tetracycline (used in agriculture) allows them to produce offspring that will survive.

As with many GM products, there is a concern that once the new strain breeds, it may spread out of control and perhaps have a negative impact on the ecosystem.

Oxitec’s CEO Haydn Parry said the company would not introduce the mosquito in an environment where tetracycline is present.

Mosquitoes aren’t the only insects worked on in the Oxitec lab. The company leads in the production of all sorts of GM insects meant to stifle agricultural pest populations.

For example, a GM pink bollworm moth was released in 2006 to 2008 in the United States to help control the cotton pest, reported GeneWatch. The company is also developing a mosquito resistant to malaria.

GeneWatch notes: “This approach would require GM mosquitoes to completely replace the wild mosquito population, which is very difficult to achieve.”