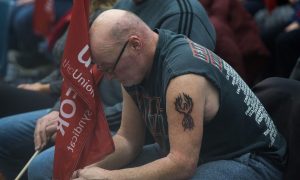 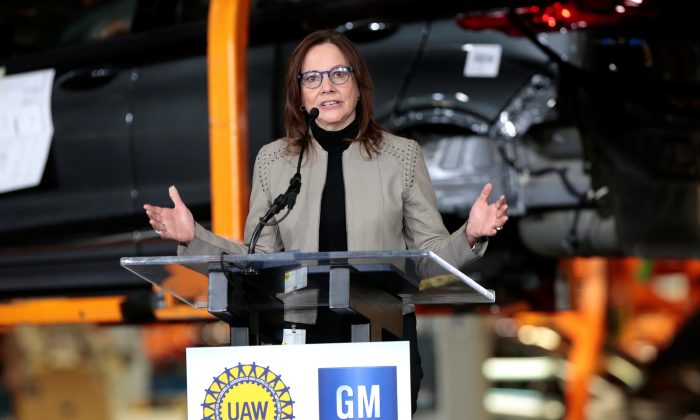 General Motors Co confirmed on March 22 it will invest $300 million in a suburban Detroit assembly plant, adding 400 jobs to its workforce to build a new Chevrolet electric vehicle.

The largest U.S. automaker has come under heavy criticism from President Donald Trump in recent days over its decision to end production at its Lordstown, Ohio, assembly plant earlier this month.

GM officials said the announcement was planned well before Trump’s series of GM tweets that started on March 16. Trump called GM CEO Mary Barra on March 17 to urge her to reverse the decision to end production at the Ohio plant. He then proceeded to slam the company in a speech in Ohio on March 20.

Just spoke to Mary Barra, CEO of General Motors about the Lordstown Ohio plant. I am not happy that it is closed when everything else in our Country is BOOMING. I asked her to sell it or do something quickly. She blamed the UAW Union — I don’t care, I just want it open!

Barra, speaking to reporters after an event at the plant in Orion Township, outside Detroit, with Michigan Governor Gretchen Whitmer (D) announcing the investment, said GM is focused on ensuring that all of the hourly workers at Lordstown find new jobs at other plants but she has shown no indication it will reverse course and reopen the Lordstown plant.

She declined to say if she thought there was more tension between GM and Trump.

“We want to create jobs, good paying jobs,” Barra said, saying her talks with Trump had a “business focus.” She said GM needs to remain “strong” in order to continue to add jobs.

Reuters reported on Thursday about GM’s investment plans for the plant.

We stand strong in our commitment to an all-electric future and to #USManufacturing. Today, we announced a $300M investment and 400 new jobs for the production of a new @ChevyElectric at our Orion Assembly Plant. https://t.co/qSivM4mZXh pic.twitter.com/LD8YjTLX8b

GM said in 2018 it would end production at five North American assembly plants and eliminate about 15,000 jobs, prompting outrage and a two-day visit by Barra to Capitol Hill to answer questions about the job cuts.

The automaker said it is investing a total of $1.8 billion in its U.S. manufacturing operations this year, creating 700 new jobs, and supporting 28,000 jobs across six states.

Additional product information and timing for the new Chevrolet EV will be released closer to production.

Barra said after the event that GM “supports” the proposed United States, Mexico, and Canada Agreement and is “making adjustments because we will comply” with new rules requiring additional North American content.

Reuters reported on March 21 that GM was initially considering to build the new EV in China.

In February, GM disclosed that it had hired Ballard Partners, a lobbying firm run by Brian Ballard, a fundraiser for Trump’s presidential campaign. The company has been eager to try to smooth over relations with the White House after Trump first began harshly attacking GM last year.