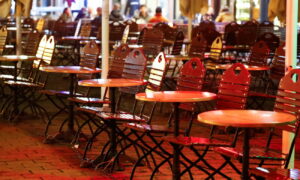 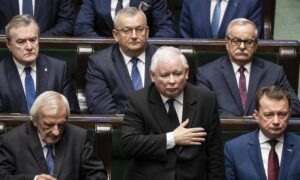 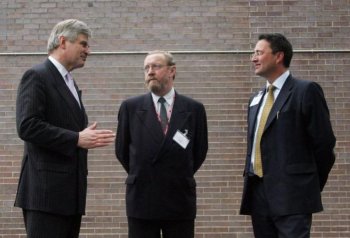 By Joan Delaney
Print
In the wake of a string of embarrassing blunders by global warming researchers, the chief scientific adviser to the British government has said scientists must be more “honest and open” about the uncertainties surrounding climate change.

Professor John Beddington said that although it is “unchallengeable” that carbon dioxide is warming the planet, climate researchers should be less hostile to those who seek to question their findings.

“I don't think it's healthy to dismiss proper skepticism,” he told the Daily Mail Reporter. “Science grows and improves in the light of criticism. There is a fundamental uncertainty about climate change prediction that can't be changed.”

Beddington also said that computer climate modelling is susceptible to “quite substantial uncertainties” that should be made clear.

The professor’s comments follow the “Glaciergate” revelations two weeks ago in which Rajendra Pachauri, head of the UN's Intergovernmental Panel on Climate Change (IPCC), was forced to apologize for the erroneous claim that most of the Himalayan glaciers would melt by 2035.

It turned out that the warning, which appeared in the IPCC’s Nobel prize-winning 2007 report, was taken from a 1999 article in the New Scientist magazine and based on a casual remark by an Indian scientist who later said his comment was speculation.

It has since emerged that the 2007 report also exaggerated claims that global warming will increase the number and severity of tropical storms and hurricanes.

In November, climate researchers again had red faces after leaked emails and documents appeared to show that critical temperature data from the University of East Anglia’s Climatic Research Unit—data used by the IPCC—were intentionally manipulated to show increased warming trends.

The emails also appeared to show the CRU researchers urging each other to delete emails, conniving to prevent other scientists from publishing of dissenting views, and debating how to avoid complying with Freedom of Information requests.

On Jan. 28, the U.K.’s Information Commissioner's office ruled that the scientists involved in the “Climategate” email scandal breached the Freedom of Information Act by refusing to release data requested by climate change skeptics.

However, the scientists will not be prosecuted because the offences occurred more than six months ago.

The ruling is the result of a complaint filed by retired engineer David Holland, whose Freedom of Information requests were ignored.

“All we are trying to do is make the scientists follow their own professional rules by being open, transparent, and honest,” Holland told the Mail. “We are not trying to show that human beings don't affect the climate, but to show that the science is not settled.”

Professor Beddington said gaffes such as the false claim regarding the Himalayan glaciers fuels skepticism.

“We have a problem in communicating uncertainty. There's definitely an issue there. If there wasn't, there wouldn't be the level of scepticism. . . . On the rate of change and the local effects, there are uncertainties both in terms of empirical evidence and the climate models themselves.”

“His public rebuke is a highly significant development which we hope will help to restore some much needed balance and realism to the climate debate.”

There have been mounting calls for the U.N. to reform the IPCC and for the panel to include research from skeptical scientists in its reports.