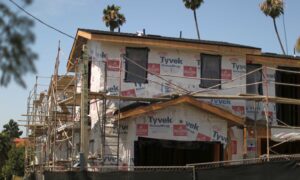 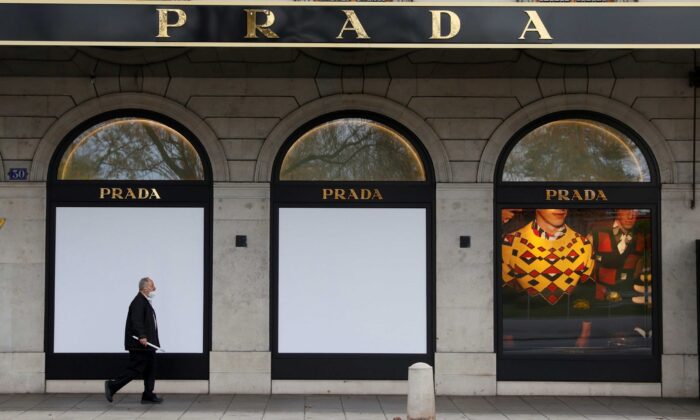 A man walks past a closed Prada shop after partial lockdown measures were introduced amid the coronavirus disease (COVID-19) outbreak in Geneva, Switzerland, on Nov. 16, 2020. (Denis Balibouse/Reuters)
Economies

Sales of luxury goods worldwide are set to fall by 23 percent to 217 billion euros ($258 billion) this year, their largest decline and first since 2009, due to the fallout from the coronavirus pandemic, consultancy Bain & Co. says.

The expected decline, despite sales recovery in China, is at the lower end of a 20 percent to 35 percent range that Bain’s closely followed industry forecast had predicted in May.

That’s due to a bigger than expected rebound during the summer, when lockdown measures were lifted or eased across the world and stores selling high-end handbags, clothes, jewelry, and watches were reopened.

However, a resurgence of the pandemic in Europe and the United States since October has led to new restrictions and shop closures while uncertainty linked to the U.S. elections also weighed on consumer sentiment.

Fourth-quarter sales are expected to drop by 10 percent, although the decline could be bigger depending on how much the new shutdowns hit the crucial Christmas season.

Revenues for the likes of Louis Vuitton owner LVMH, Hermes, and Prada should partly recover in 2021, although Bain says it will take until the end of 2022 or even 2023 to return to 2019 levels.

The coronavirus crisis has accelerated three trends, Bain said, with purchases online almost doubling from 12 percent in 2019 to 23 percent in 2020, and e-commerce set to become the leading channel for luxury purchases by 2025.

International travel curbs have led to people buying more in their home countries, while shoppers born from 1981 onwards now account for almost 60 percent of total purchases.

By Silvia Aloisi and Claudia Cristoferi