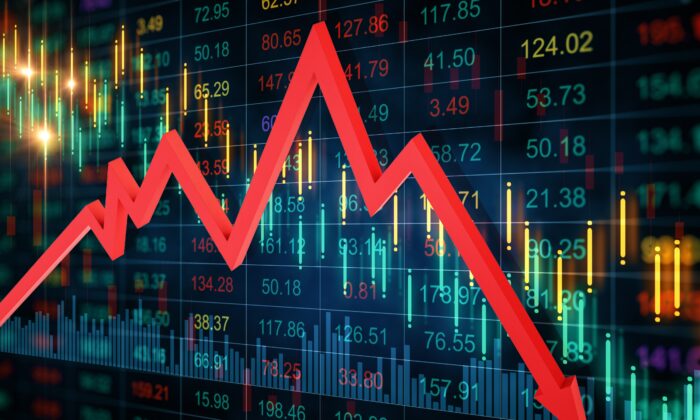 Markets have recovered massively in January, boosted by lower inflation and optimistic estimates of growth. The Chinese recovery is a key factor for this optimism, as well as the relief in European sentiment as the euro area may escape recession. These are factors that may prove to be a mirage for markets. All this news may reduce the risk of recession, but not the reality of stagnation.

Lifting Europe from deep recession to stagflation because of a mild winter isn’t a bullish signal. Furthermore, the Chinese reopening certainly helps the insipid global growth outlook, but it may also perpetuate elevated inflation. We can’t forget that the widely cheered inflation figure of November and December comes from weaker global demand for commodities, and the Chinese reopening means a huge boost to oil, coal, natural gas, and copper demand in a moment where inventories remain below the five-year average.

When it comes to markets, we need to understand that investors require accommodative monetary policy as well as positive earnings and cash flow generation surprises to justify the current multiples and bond valuations. Bond investors are betting on the solvency of sovereign issuers that continue to implement deficit spending policies and expect bull market tax receipts to achieve fiscal consolidation. Most corporate issuances have gone from wildly expensive to simply expensive. Yes, yields are a little bit better, but many investors remain too optimistic about cash flow generation, margins, and inflation.

Bonds are only attractive if you really believe that inflation is going to crash to deflation in 2023–24. However, those betting on inflation crashing may forget what will lead to such a decline: a massive recession.

Remember, when governments continue to overspend and increase taxes in an inflationary environment, the reduction in prices will only come from a collapse in private demand. Now think what that means for earnings.

We can’t bet on one thing and the opposite. As investors, we can’t really believe that inflation will come down to 2 percent with negative real rates, no central bank balance sheet reduction, and no cut in government deficit spending. Either inflation collapses due to a recession, and that means more earnings and solvency downgrades, or it remains elevated due to high debt and accommodative policies, which means valuations remain too expensive.

Are we living an August 2022 moment? Maybe. Remember in August when the market got excited about a 7 percent Consumer Price Index (CPI) print and expectations of a Fed pivot? Remember September and October afterward?

You’ve already read elsewhere the bullish arguments: there’s a lot of cash on the sides, everything is already discounted, Europe will surprise on the upside, and central banks will cut rates from July onward. Allow me to question some of them.

The narrative of “cash on the sides waiting to invest” has been debunked many times. Liquidity vanishes quickly when mark-to-market hits leveraged books and margin calls are triggered. The idea that loss-making portfolios will start to buy the dips to double down has been denied numerous times. Never bet on “money waiting to buy;” every day all that is sold is bought. Furthermore, if we really believe there’s cash on the sides waiting to pop in after the strongest January in decades, then we should really wonder what they’re waiting for. A 2008-style crash? Can we tolerate that in our tiny books and portfolios?

The idea that “everything is discounted” makes no sense because it never is. Markets are naturally and logically optimistic, because 90 percent of funds globally are long-only. Furthermore, this same argument was used in August and March 2022, and earnings estimates continued to slide. If we really think that consensus is already discounting a decade of stagnation, which is quite likely, we should think twice. Nowhere close.

The fact that European stocks are mostly value traps shouldn’t even be the subject of debate. But the fact that a move from recession to stagnation due to a mild winter isn’t a bullish signal but a mirage is even more obvious. Remember that the earnings estimates for the 600 largest companies in Europe are still assuming rising margins and earnings into 2024. Yes, Europe is cheap, but it’s always cheap for a reason. To assume that European corporates are hiding gold nuggets of growth and earnings that consensus hasn’t identified makes no sense.

Tech companies are shedding jobs as never before. They aren’t doing it because they’re stupid or evil. They do it because they see what consumers and citizens do every second. But it isn’t just technology. The reality of weaker margins and tighter cash flow added to rising taxes is hitting corporations all over the world.

An earnings recession is more likely than earnings surprises. Why? Because current earnings estimates already incorporate estimates of poor growth, even recession, and yet analysts maintain elevated valuations based on a strong recovery in 2024. We can’t say that earnings already discount the negative scenario when Wall Street is using the most common trick in the book: say that their estimates are very conservative for the current year and pump next year’s ones.

Remember that beating heavily downgraded fourth-quarter earnings only to continue shedding estimates into the next quarters due to poor guidance isn’t “bullish.” It’s the old Wall Street habit of massaging consensus.

Central banks know they can’t reduce inflation to 2 percent unless two things happen: a significant slump in aggregate demand or a change in the methodology of calculating CPI to disguise inflation, or both.

The changes in methodology are already happening, and still CPI inflation remains elevated. All over Wall Street we read that if you deduct the prices that go up, inflation is already negative, which is ludicrous of course. Official CPI never overestimates inflation, it’s the opposite.

It shows how desperate we all are, expecting more easy money to inflate our portfolios away.

There’s only one thing that can happen to reduce aggregate demand: a massive decline in private sector demand, because public sector demand remains unchanged or rising, as governments continue to spend more. Therefore, if we bet on central banks cutting rates from July onward, we’re also betting on a monster private sector recession that’s in no way embedded in consensus estimates.

Considering that central banks are now loss-making, betting on rate cuts makes no sense if we truly believe in a soft landing.

And no, the prospect of higher growth and no inflation isn’t plausible. The accumulated levels of debt and the rising weight of government spending in leading economies have been shedding potential growth and productivity improvements for years.

Either we have stagnation and elevated inflation, which means rates will remain higher for longer, or we have rate cuts due to a massive recession, which isn’t positive for stocks or bonds.

Be careful what you wish for. If we’re betting on rate cuts in the second half of the year, we may be betting on an economic and earnings recession of gigantic proportions.

Daniel Lacalle
Daniel Lacalle, Ph.D., is chief economist at hedge fund Tressis and author of “Freedom or Equality,” “Escape from the Central Bank Trap,” and “Life in the Financial Markets.”
Website