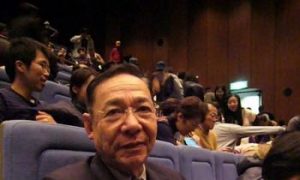 I bet that very few people here in the Netherlands have managed to escape the latest “Farmer Wants a Wife” craze that is hovering over our lowlands. The program follows the entire process of Dutch bachelor farmers picking a partner from among a select group of admirers.

In essence “Farmer Wants a Wife” is a dating show like many others, except that it concerns an unusual target group, and is exceptionally popular for reasons unknown to me.

At the start of the new season, the farmers introduce themselves to the public. Any interested female, and she does not have to be a countrywomen herself, can respond by writing the farmer a letter including a photograph of herself. I don’t watch the show but have rather unwillingly learnt all the details from my female colleagues.

In the newest batch of farmers there is one “really cute” young farmer with wonderful curly black hair who particularly caught the attention of one of my colleagues. She took the trouble to put on her best clothes, go to a beauty salon and hairdresser, and do a photo shoot of herself. She selected the best photo and wrote an accompanying letter. I think it got lost in the heap of fan mail delivered to the farmer because she never received a reply.

The farmers work their way through the heap of letters and finally select 10 women with whom they will have a so-called “speed-date.” These speed-dates are really distressing to watch, unless you enjoy seeing discomfort, awkwardness, nervousness, and embarrassment. The farmers must pick three women from the speed-dates to take back to their farm.

Those familiar with Chinese might know that the character composed of three women means trouble.

In the following episodes we see the farmers and their chosen ones on the farms performing mundane tasks such as preparing food, loading the dishwasher, sorting potatoes, milking goats, cleaning stables, and so on. From their “private” and group conversations, and facial expressions we are able to witness and feel the equally mundane underlying process of attraction, aversion, rivalry, uncertainty, and so on.

There are dramatic violins, upbeat Spanish guitars, and gentle piano tunes played in the background to further evoke certain moods. We see scenic shots of hoards of goats, and agricultural machinery against the setting sun in endless Dutch polders.

The participants are all interviewed and asked to express their feelings, which is not easy for the brusque farmers. One farmer shocked the public by saying that he had "always wanted to have a wife who was widowed so that he wouldn’t have to worry about her ex."

At a certain point the farmer has to send one lady out of the house, and we can see the painful process of the woman being told to leave. How they, disillusioned, pack their bags and walk out the door while pretending to be unaffected.

All this unfolds in an exasperatingly slow tempo; it is reality television in its strictest sense.

One good thing is that apparently the really cute farmer adored by my colleague, turned out not to be so cute after all.

The "Farmer Wants a Wife" mania is not only raging in the Netherlands, it started in the U.K. in 2001 and has since been adapted internationally in around 20 countries, including the United States. I doubt however, that I will ever be able understand the show’s merit.