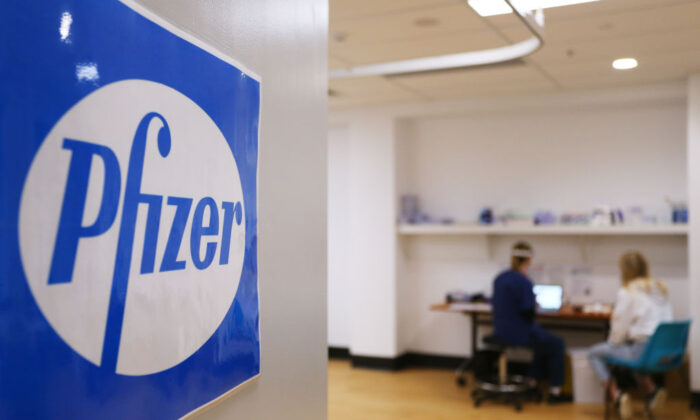 A nurse administers the Pfizer vaccine to a client at the St Vincent's Covid-19 Vaccination Clinic in Sydney, Australia on July 01, 2021 (Lisa Maree Williams/Getty Images)
Australia

The Victorian state government has announced an agreement with the biopharmaceutical company Pfizer to increase “global collaboration opportunities with Victorian researchers and industry” on Mar. 18.

Victoria’s minister for innovation and medical research, Jaala Pulford said that “this agreement with one of the world’s leading biopharmaceutical companies is a strong endorsement of the strength of Victoria’s research and development community and recognises our status as one of the world leaders in this field.”

According to the Victorian government, experts from Pfizer’s Centers for Therapeutic Innovation (CTI) and RNA Accelerator will be working with mRNA Victoria—a government-funded mRNA organisation—to advance critical skills and connections with Victorian researchers and industry.

“This initiative between mRNA Victoria and Pfizer will also deliver significant job opportunities for our state as leading biotech research and commercialisation is ramped up,” Pulford said on March 18.

No information has currently been revealed on Pfizer’s RNA Accelerator, but the Victorian Government said that the Accelerator builds on the success of the CTI model for “external innovation and expand the company’s leadership in RNA therapeutics.”

The two programs will be collaborating with mRNA Victoria, Victoria’s mRNA government agency committed to establishing a “world-class mRNA and RNA industry in Victoria” by identifying opportunities, gaps and engaging with researchers as well as investment and partnership opportunities with companies.

The vaccine is currently going through its Phase 1 clinical trials with preliminary results expected to be made available in the first half of 2022.

The trials were due to start in late 2021 or January 2022 and serve as a collaboration between the Monash Institute of Pharmaceutical Sciences and the Doherty Institute, both from Victoria’s leading universities.

The Andrews Government said that the first initiative between the state and Pfizer will be a conference “to present high-impact Australian mRNA and RNA research, paving the way for greater collaborations with Pfizer’s CTI and RNA Accelerator.”

Prior to the announcement on the collaboration, the Victorian Health Minister Martin Foley previously spoke out against Pfizer’s chief executive for claiming that a fourth dose is “necessary for most people” saying that Pfizer was “discussing from the perspective of Pfizer.”

The new announcement was made during the self-quarantine period for Foley.

As of Mar. 18, there are 9,036 new cases in Victoria with 63.4 percent of Victorians who have received their third dose.