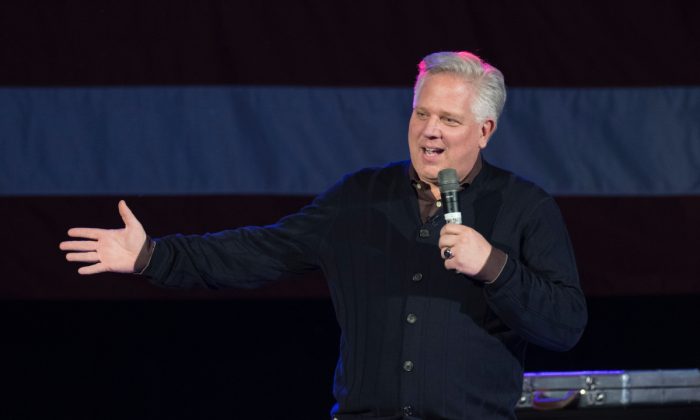 Glenn Beck received a devastating call from the head of his company, who told him that Doc Thompson—his friend and radio host—was struck and killed by a train while jogging in Haltom City, Texas, on Feb. 5.

“And it took me a while to even process,” said Beck in a memorial video on YouTube, describing the moment he was given the bad news. “The Doc was one of the more talented and gregarious guys that I know.”

Thompson, who was the former host of “The Morning Blaze” radio show, was said to be jogging along the train tracks around 3:45 p.m., according to Dallas News. Because headphones were found on Thompson, Beck believes that Thompson didn’t notice the train due to the high volume of his headphones.

Although headphones were found on Thompson, it is still unknown if he was using them when he was struck by the train.

Beck honored Thompson as the ultimate entrepreneur—even starting his own broadcast unit after leaving “The Blaze.”

“Because of Doc, many businesses are flourishing, because he cared deeply about people who were trying to do business,” said Beck.

Thompson’s friends and partners from his radio show, “Daily MoJo,” tried their best to keep the broadcast as lighthearted as possible. “It’s what Doc would have wanted,” said Brad Staggs in a recorded radio session with Ron Phillips.

“He hated Amtrak—Amtrak got him,” said Staggs. “Damn it, if Amtrak didn’t get him.”

Phillips, the producer of “Daily MoJo,” had the “unfortunate, but honorable position” of giving Thompson’s wife the news that he wasn’t coming home from his jog, and he said, “It was one of the hardest things [he’s] ever had to do.”

In order to clear the air of any possible doubt from their listeners and viewers, Phillips emphasized that this was not a joke and that Thompson had no punchline in that broadcast—even though they wished that that was the case.

Tuesday – 2/5/19 – Please join us this morning for some important information.#TheDailyMoJo #Mojo50 #LiveFree #DailyMoJo

Let’s keep @DocThompsonShow alive on the internet. Here’s a favorite moment from our adventures in the 2016 Presidential Campaign — from Philly and the madness outside the DNC — https://t.co/AjTo3qAOJE

Their voices cracked, their bloodshot eyes resembled sad puppies, and the viewers shared their sentiment and disbelief—but Phillips said that they had to stay strong for Thompson’s family, who were dealing with a heavy burden.

A wife and two children were left behind by Thompson. And according to Beck, Thompson invested every penny he had into his own broadcast unit.

A GoFundMe campaign was started to help his family pay for their expenses and necessities. Beck asked viewers who listened to Thompson or appreciated any of his work, to donate to his GoFundMe if they would like to help.