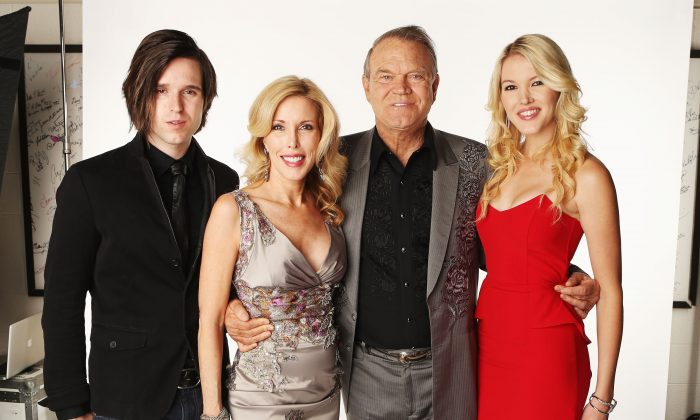 Glen Campbell’s family described the country singer’s two-year battle with Alzheimer’s disease in an interview with Country Weekly published in the June 24 edition. They describe his frustration and depression—in contrast to a 2011 interview with USA Today in which Campbell expresses great optimism.

Campbell, beloved by country music fans for songs such as “Wichita Lineman” and “Rhinestone Cowboy,” no longer tours, unable to remember some of the words to his songs, and facing other challenges related to the disease. He continues to release albums, however, with his latest album See You There to be released July 30.

“One time, he couldn’t use the television remote,” Kim Campbell, his wife, told Country Weekly. “He knew what it was, but couldn’t figure out how to use it. And he got so agitated that he threw the remote at the television.”

His daughter, Ashley Campbell, is also a musician. She told Country Weekly: “It’s heartbreaking to see this disease robbing him of what he does best.” The full cover article is available in print.

In a 2011 interview with USA Today, Campbell joked, “I usually make a mistake, because I don’t want everyone to think I’m perfect.” He chuckled.

“It’s just something, I guess, hey, it happens in life,” he said, his wife by his side. “It doesn’t bother me any… there’s lots of things I didn’t want to remember anyway.”

The video for Glen Campbell’s “A Better Place,” released earlier this month.