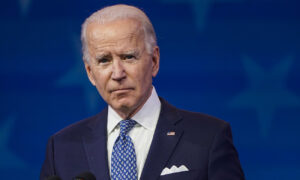 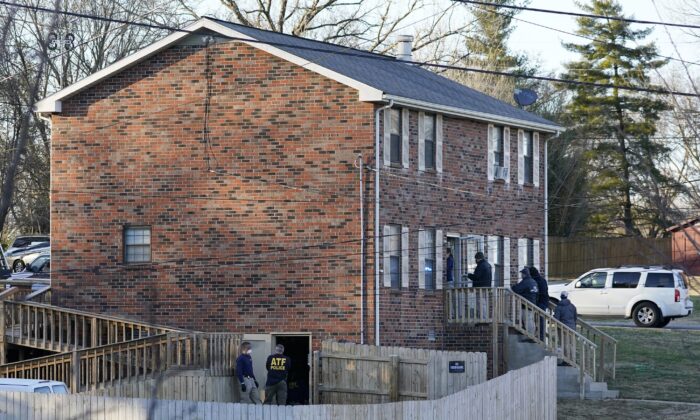 FBI and ATF agents search a home in connection to the Christmas bombing, in Nashville, Tenn., on Dec. 26, 2020. (Mark Humphrey/AP Photo)
US News

The attorney for Warner’s girlfriend, Pamela Perry, called 911 last year to report that Perry was threatening to take her own life and claiming her boyfriend was building bombs.

According to a newly released police report, officers responded to Warner’s home and were told that Warner was making bombs in the recreational vehicle behind his residence. Perry’s attorney, Raymond Throckmorton, said Warner often spoke of bomb-making and was capable of making a bomb.

Police officers knocked on the door of the home but no one responded. They failed to get into contact with Warner, who authorities say set off a bomb in downtown Nashville on Dec. 25.

Nashville Police Chief John Drake told reporters on Wednesday that officers called a hazardous device unit, who went to the home the next day but found no signs that a bomb was being built. At the same time, the FBI was asked whether Warner had a criminal background. Agents found no records on him and also said the Department of Defense checks came back negative.

Warner’s only arrest was in 1978, for a marijuana charge. He was “squeaky clean” since then, according to Drake, who said the 911 call and the warnings from Perry and her lawyer were “not enough” to obtain a search warrant for Warner’s home.

“We had no legal basis with search warrants or subpoenas, based on what we knew at the time,” he added. “You had no reasonable suspicion to go to a judge.”

Officers wanted to search the house but an attorney representing Warner didn’t allow them.

“I believe the officers did everything they could legally. Maybe we could have followed up more. Hindsight is 2020,” said Drake, who told reporters it “would have been good” if additional people had called the authorities about Warner.

Drake said he first learned of the report until late Sunday. The report emerged days after David Rausch, the director of the Tennessee Bureau of Investigation, told reporters that Warner was not on the bureau’s radar before the recent bombing. Drake said he didn’t know why Rausch said that. The bureau hasn’t responded to a request for comment and had no representatives at the press conference.

Authorities say Warner set off a bomb in downtown Nashville early Christmas morning. The blast damaged over 40 buildings, including the AT&T facility it was triggered outside, affecting Internet and communications in portions of Tennessee and two other states.

Authorities said tests on human remains recovered from the blast site were consistent with Warner’s DNA samples. No one died beside the suspect. Several people suffered injuries, including a police officer.

In an update Tuesday, officials said agents with the FBI and Bureau of Alcohol, Tobacco, Firearms and Explosives are continuing to recover evidence.

“Because of their efforts, nearly half of the original crime scene has been returned to the city for clean-up and safety assessments,” officials said in a statement. Agents hope to complete the crime scene by Friday at the latest.

Agents are still interviewing people who knew the suspect to try to ascertain his motive. Anyone who knew Warner and hasn’t spoken with investigators is asked to call the FBI.