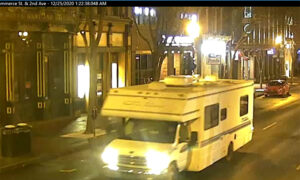 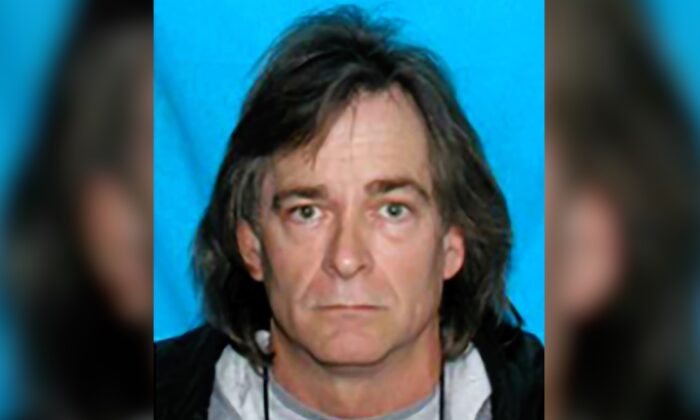 This undated file image posted on social media by the FBI shows Anthony Quinn Warner. (Courtesy of FBI via AP)
US News

A girlfriend of the Nashville bombing suspect warned police last year that he was making explosives inside his recreational vehicle, according to a police report.

The report says that officers responded on Aug. 21, 2019, to a home where Anthony Quinn Warner resided.

It said Warner’s girlfriend told officers that Warner “was building bombs” in a recreational vehicle at his residence.

Another person told police that he believed Warner was capable of making a bomb and frequently spoke about the military and bomb-making.

Officers knocked on the door but no one answered.

Nashville Police Chief John Drake told reporters on Wednesday that there was no probable cause to search the home.

Warner was named as the only suspect in the bombing that took place in downtown Nashville on Dec. 25 outside of an AT&T facility.

The information technology specialist broadcast a warning of an impending explosion, giving police officers who responded to a shots-fired call time to evacuate people in the area. The explosion was major, but no one other than Warner died, and few injuries were reported, according to authorities.

The bomb went off at 6:29 a.m., severely damaging the AT&T building and affecting some 40 other structures. The explosion triggered outages across Tennessee and in portions of nearby states.

Human tissue found at the blast scene confirmed Warner’s identity, FBI Memphis announced on Dec. 27, and U.S. Attorney for the Middle District of Tennessee Don Cochran said he had died there.

A girlfriend of the bombing suspect told officers that he “was building bombs in the RV trailer at his residence,” the 2019 police report states. Attorney Raymond Throckmorton, who represented Warner and his girlfriend, had contacted police over the remarks she had made.

The attorney reportedly said that Warner “knows what he is doing and is capable of making a bomb,” and “frequently talks about the military and bomb making.”

Officers saw Warner’s RV behind his home when they visited and “several security cameras with wires attached to an alarm sign on the front door,” but “saw no evidence of a crime and had no authority to enter his home or fenced property” when they entered, Nashville police spokesman Don Aaron said in a statement to news outlets.

Law enforcement officials said in a press conference before the publication of the police report that Warner “was not someone that was identified as a person of interest for the bureau.”

“We were not familiar with this individual until this incident,” David Rausch, the director of the Tennessee Bureau of Investigation said.

The bureau didn’t immediately respond to a request for comment by The Epoch Times.

Before the Christmas Day incident, Warner reportedly gave his car to someone, telling them he had cancer, and had signed away his home to a California woman, law enforcement officials said.

A neighbor of Warner also said he told him last week the world would not forget him. Rick Laude said he saw Warner standing at his mailbox on Dec. 21. Laude pulled his car to the space to talk with Warner, inquiring about the man’s mother.

Laude told The Associated Press he asked Warner, “Is Santa going to bring you anything good for Christmas?”

Warner smiled, according to his neighbor, and replied, “Oh, yeah, Nashville and the world is never going to forget me.”

Laude said he thought Warner meant something good was going to happen for him. He was stunned when he learned Warner was identified as the suspect behind the bombing.

Retired Lt. Steven Rogers, a former FBI Joint Terrorism Task Force member, told NTD that the way the bombing was carried out was both chilling and atypical.

“I’ve never seen anything like this in my 38 years in law enforcement, where an individual who wants to bomb an area actually notifies potential victims to clear the area,” he said. “So clearly, this individual did not want to kill people. He wanted to minimize the loss of human life.”

Doug Korneski, an FBI official, told reporters that officials don’t believe any other people were involved. They’re still working on figuring out what motivated the bombing.

Nashville Mayor John Cooper has multiple times said the bombing appeared to be directed at the building owned by AT&T, which didn’t respond to a request for comment.