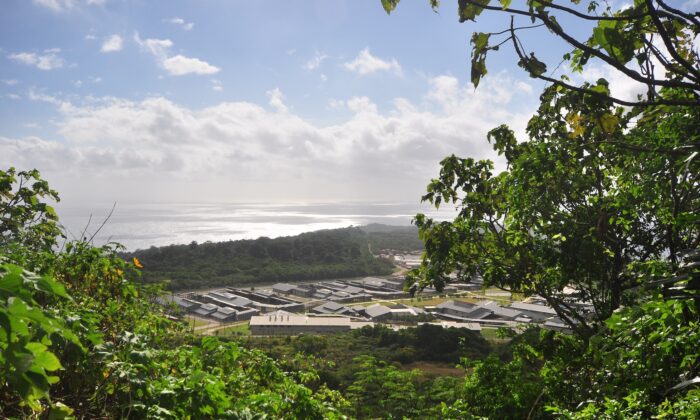 A young Australian girl evacuated from China and in quarantine on Christmas Island has been tested for coronavirus after developing an illness.

But Deputy Chief Medical Officer Paul Kelly says her sickness isn’t serious and could be “all sorts of things.”

He is also confident Chinese authorities will approve another Qantas airlift of Australians from the coronavirus epicentre of Wuhan.

Professor Kelly confirmed on Saturday that a child who is among almost 300 evacuees on Christmas Island is awaiting results from a coronavirus test, after developing symptoms which may be linked to the disease.

“It could be all sorts of other things, we don’t have a test positive at this point,” he told reporters in Canberra on Saturday.

“That person is well, it is certainly not a serious illness at this stage.

“They have been further isolated from the other people that are on the island, and the appropriate steps in infection control and indeed clinical care are being taken.”

So far two groups of Australian citizens or permanent residents have been evacuated to Christmas Island, with 241 leaving on a Qantas flight and 35 departing on a later Air New Zealand flight.

They all face a two-week quarantine process.

Another Qantas airlift of Australians from Wuhan was originally scheduled to leave on Friday night, but did not get the go-ahead to land in the city from China.

The ABC reports the flight is now scheduled to leave Wuhan at 3.15am (AEDT) on Sunday once it gets approval.

Professor Kelly said Australia is working with Chinese authorities to get clearance “as soon as possible”.

Asked whether he was confident of an airlift, he said: “Yes, I am confident, but I can’t absolutely guarantee it because it is indeed on Chinese soil.”

The Qantas flight in presently in Hong Kong.

The Department of Foreign Affairs and Trade says many flights out of Wuhan have been delayed.

“We are in contact with all passengers on the manifest about the status of the flight,” they told AAP.

“The assisted departure is a complex operation under difficult circumstances. Any such departure is always subject to operational requirements and to Chinese government final approval.”

Once the Australians are extracted they will be sent to the Manigurr-ma Village at Howard Springs, an old mining camp about 30km from Darwin.

Christmas Island was unable to house another couple of hundred evacuees.

The federal government said on Friday evacuees would be screened before boarding the plane in China and continuously monitored by medical staff during the flight.

Anyone found to be unwell on arrival at Darwin will be taken directly to hospital where they will be quarantined, the government said.

Prime Minister Scott Morrison has warned people not to assume any further evacuation flights will be possible, either from Wuhan or mainland China.

Australia has so far had 15 confirmed coronavirus cases: five in Queensland, four each in NSW and Victoria and two in South Australia.

By Marnie Banger and Colin Brinsden