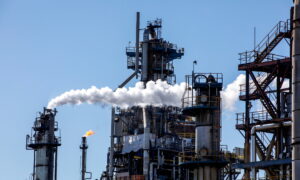 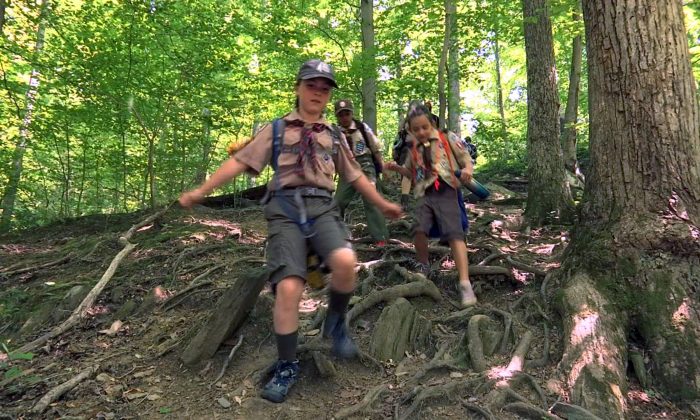 Girls from Cub Scout Den 13, a suburban Virginia Cub Scout unit made up of girls who are on their way to next year becoming the first female Scouts in the Boy Scouts of America as part of the the newly named "Scouts BSA" program, participate in a hike in this still image from video shot in McLean, Virginia, on May 20, 2018. (Greg Savoy/File Photo/Reuters)
US

The lawsuit in Manhattan federal court is an attempt by the Girl Scouts, founded in 1912, to avert an erosion of its brand and membership as the Boy Scouts, founded two years earlier, tries to reverse its own decades-long membership decline.

Six months ago the Boy Scouts, which accepts children 11 to 17 years old, said it would in February 2019 change its name to Scouts BSA and make girls eligible to earn its highest rank, Eagle Scout.

The organization also launched a “Scout Me In” campaign, which features boys and girls.

Neither the Boy Scouts nor its general counsel responded to requests for comment on the lawsuit, which seeks unspecified damages and an injunction against trademark infringement.

The Boy Scouts, based in Irving, Texas, recently had about 2.28 million members, less than half its peak in the 1970s, while the Girl Scouts, based in Manhattan, said it has about 2 million.

In the complaint, the Girl Scouts said the Boy Scouts have no monopoly over such terms as “scouts” and “scouting” when it offers services to girls. It said the name change threatens to “marginalize” Girl Scouts activities and has already sown confusion, with families, schools, and communities nationwide being told the organization no longer exists, or merged with the Boy Scouts.

“Only GSUSA has the right to use the Girl Scouts and Scouts trademarks with leadership development services for girls,” and the Boy Scouts infringements are “new and uniquely damaging to GSUSA,” the complaint said.

“We did what any brand, company, corporation, or organization would do to protect its intellectual property, the value of its brand in the marketplace, and to defend its good name,” the Girl Scouts said in a statement.

The Boy Scouts has said its rebranding was part of a single-name approach it adopted when it decided in October 2017 to let girls enroll in the Cub Scouts, for children 7 to 10 years old.