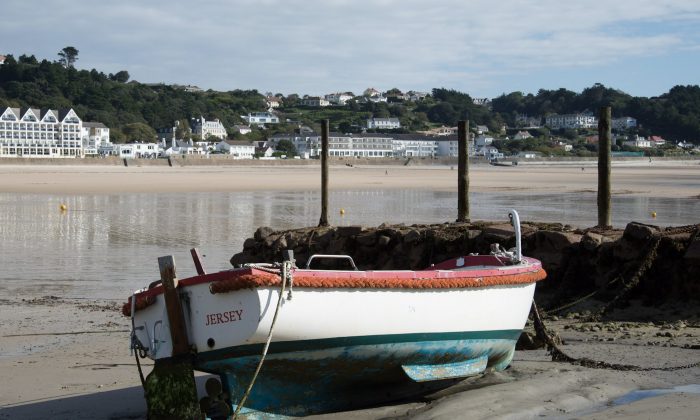 Girl, 8, Dies in Indiana After Boat’s Propeller Strikes Her

BLOOMINGTON, Indiana—State conservation officers say an 8-year-old girl has died after being struck by a boat’s propeller in southern Indiana’s Monroe Lake.

“She suffered injuries to her chest, abdomen and lower extremities after being struck by the propeller of a boat,” according to WTHR.

WRTV-TV reports that the Monroe County coroner has identified her as Callee Crones-Arias of Martinsville.

Conservation officers say the girl was boating with her father and friends on the lake southeast of Bloomington when she was fatally injured.

#BREAKING | 8-year-old Callee Crones-Arias had injuries to her chest, abdomen and lower extremities, according to the coroner. https://t.co/f6EpWR8SUv????

She was wearing a life jacket when she was struck by the propeller.

WIBC reported that an autopsy is scheduled on Tuesday in Terre Haute.

NEWS: The girl who died in a boating accident on Lake Monroe was 8-year-old Callee Crones-Arias, of Martinsville. https://t.co/XGQ7hsxyVR pic.twitter.com/ppXnMvrrig

The accident remains under investigation and authorities say additional details will be released as they become available.

Sunday’s accident was the first fatal boating accident at Lake Monroe this year.

There have been 171 boating accidents nationwide in the U.S. in 2016, in which only one person was hit by a propeller, according to the U.S. Coast Guard.

In 2017, a 12-year-old boy was killed in a boating accident in Long Island, New York, after he was hit in the head by a boat propeller, officials said.

The boy was among three children who were getting a lesson at the Centerport Yacht Club on escaping a capsized sailboat, NBC New York reported.

As the boat headed back to the dock, it accelerated and turned, hitting a wave, police said. Weiss then fell backward and was killed by the propeller.

12-year-old boy taking sailing lessons in Long Island is hit by the propeller of a boat, dies. https://t.co/0SA9jtzlHN