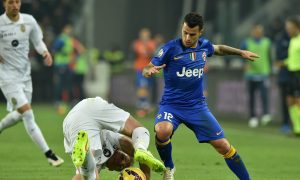 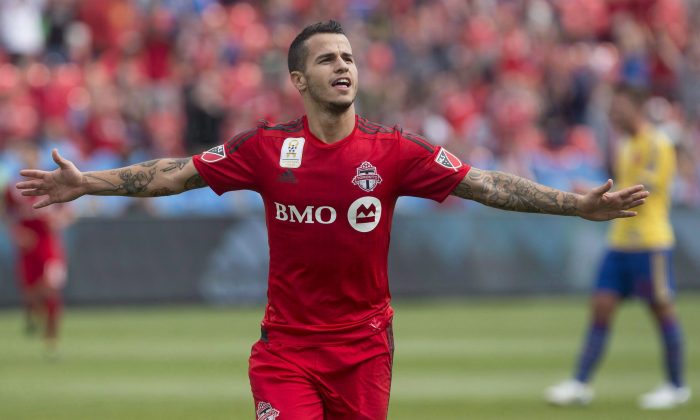 For a club known for stumbling and bumbling, Toronto FC got it more than right when they signed then 27-year-old Sebastian Giovinco in January.

Giovinco put up the best season a player ever had in Major League Soccer and won the Landon Donovan MVP award at a ceremony in the Air Canada Centre in Toronto on Wednesday.

To win the award, you have to put up impressive numbers. Giovinco did that in spades. He also showed a desire for success and emotion that got fans going game after game. He alone was worth the price of admission with impressive goal after impressive goal.

The “Atomic Ant” led the league in goals (22) and assists (16). The combined 38 is a new MLS record. He won the award in a landslide with 87 percent of club votes, 94 percent of media votes, and 77 percent of player votes.

At the ceremony, TFC general manager Tim Bezbatchenko called Giovinco “a person with top class character” and was the kind of player with the vision and spirit of a trailblazer who would leave Italy and come to Toronto to further his career.

To make an impact in a foreign league without need for any adjustment period is remarkable. Many are the big-name European stars who have come to MLS and faltered.

Giovinco’s 5-feet-4-inch size may have been a concern to some due to MLS’s physical nature, but with extraordinary skill, he laid waste to defenses across the league.

A prime example is his goal against the Supporters’ Shield-winning New York Red Bulls on Oct. 14. It is one of two finalists for goal of the year in MLS.

Having played a Euro 2016 qualifier the day before in Italy, he took a 10-hour flight to Toronto and faced New York the next day. With TFC up 1–0 in the second half, Giovinco weaved through four Red Bulls before firing home the goal that put the Reds into the playoffs for the first time in their nine-year history.

Giovinco, who is still learning English, told the media that he wishes to stay at TFC longer.

“I’m very very happy for this award and I would like to win more,” he said.

His impact on the league and Toronto FC is unquestionable. The spirit with which he plays and his desire to succeed is unmatched.

One can only dream up what Giovinco will pull off next season, not to mention at Euro 2016 with Italy. On his own, he’s putting TFC on the world’s football stage.