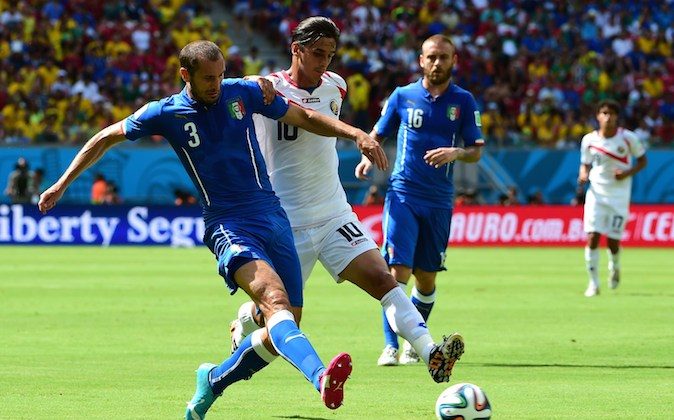 Giorgio Chiellini takes a cross to the face for Italy.

Here is an Associated Press article on Friday’s matches.