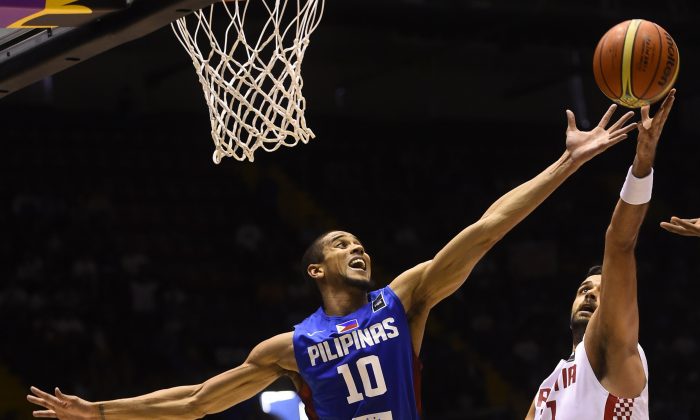 Gilas Pilipinas nearly upset Croatia in its first FIBA World Cup game in over 30 years on Saturday, but fell just short in overtime and lost by three points.

But Gilas will look to continue the momentum against Greece on Monday and snag a win.

The teams are scheduled to tipoff at 2 a.m. PHT.

The Philippines will also face Argentina on Monday, Puerto Rico on Wednesday, and Senegal on Thursday. All Gilas has to do to advance to the knockout round is finish in the top 4. The most likely way this will happen is beating Puerto Rico and Senegal, but to ensure the spot the team should also beat Greece or Argentina.

Check out the television and live stream info below, and the latest on the lineup and roster below that.

Live streaming for the games will be available through Solar Sports, LiveBasketball.TV, and Watch ESPN.

Gilas will likely use the same starting 5 against Greece.

That would be Lewis Tenorio and Jeff Chan at the guard positions, Japeth Aguilar and Gabe Norwood at the forward positions, and Andray Blatche at center.

However, there is a chance that Marc Pingris will replace Aguilar at power forward after Pingris’ strong showing against Croatia.

See the full roster below.