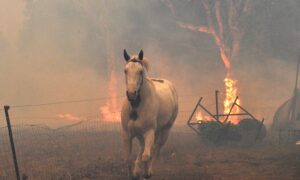 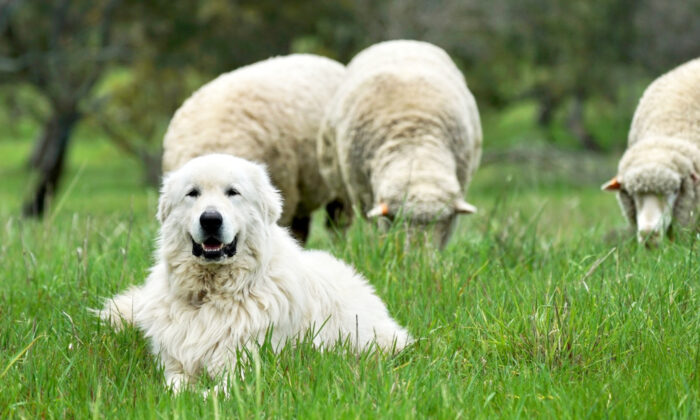 In a historic moment in Australian conservation history, two giant, guardian dogs are protecting a recently released population of 20 gravely threatened bandicoots, by ignoring them.

With a little help from the dogs and some sheep in the grasslands of Skipton in Victoria’s southwest, the embattled native species of Eastern Barred Bandicoots have a chance to come off the threatened species list.

Instead of bonding with critically endangered marsupials, researchers are teaching the Maremma dogs to leave them alone, as part of Zoo Victoria’s Guardian Dog Program, which protects the bandicoots’ territory and the flock of sheep from cats and foxes.

“The sheep, dogs, and the bandicoots will all live in the same grassland. Then the foxes realise that that’s a dog’s territory and they stay out,” Guardian Dog Program Coordinator David Williams said.

“The dogs are not bonded directly to the bandicoots as they are solitary and nocturnal–so they do not flock.

“However, sheep do flock, and in the Skipton reserve the sheep can eat grass, bandicoots can live in the grassland, and all three species can share the same habitat.”

The dogs deter predators with their scent by finding targets more than 20 times faster than humans working alone, and keep watch throughout the night.

The Eastern Barred Bandicoot was once widespread across Victoria, but due to loss of habitat and predation from foxes, cats, dogs, and rabbits are now considered extinct in Australia.

Zoos Victoria’s program has been running for five years and is a new approach, and a collaborative effort between many partners, including the University of Tasmania and National Trust of Australia.

“There are many similar examples of dogs being used across parts of Africa, Europe and New Zealand,” William said. “But all of these involved protecting livestock or guarding against human poachers. Using dogs in saving endangered animals was virtually unheard of.”

The researchers are tracking and monitoring the endangered marsupials and dogs’ movements with radio transmitters, GPS trackers, and 35 remote cameras across the conservation reserve.

They plan to help the bandicoots become self-sustaining populations in the grassy woodlands, where they once thrived before extensive habit degradation and the spread of introduced predators.