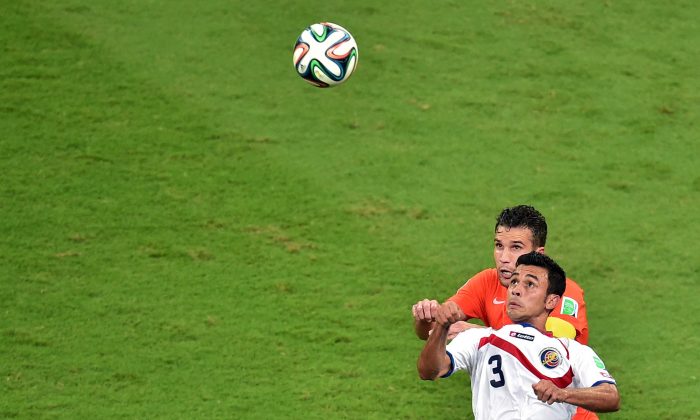 Giancarlo González received a yellow card in the 81th minute for shirt pulling.

Because this the defender’s second yellow card of tournament, he will miss the semi finals if Costa Rica beats Netherlands.