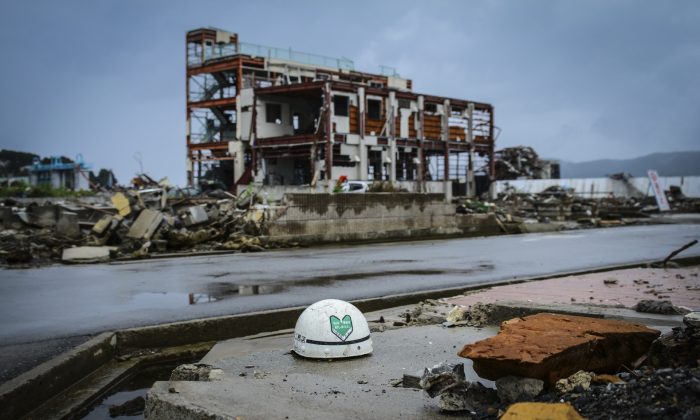 Long after the tsunami that devastated a stretch of Japan’s coast in 2011, a fire station in Tagajo received calls to neighborhoods that had been leveled.

The fire crews went to the ruins to pray and the calls stopped, reported Richard Lloyd Parry, Asia editor of the Times of London, in an article titled “Ghosts of the Tsunami.”

As part of his research for a book on the tsunami, he spoke to a priest who exorcised the spirits of tsunami victims. Parry also spoke to many others who made it clear that ghostly encounters were common following the tsunami.

Taxi drivers reported picking up ghostly passengers. A driver in Sendai picked up a sad-looking man asking to go to a house that had been destroyed. By the time the driver arrived at the site, the passenger had disappeared. He nonetheless opened the door to “let him out.”

Reverend Kaneda, chief priest at a Zen temple in the town of Kurihara (30 miles from the coast), told Parry of many exorcisms he performed. One woman’s case stood out.

Rumiko Takahashi, a 25-year-old nurse from Sendai, was apparently possessed by more than 20 different tsunami victims during the summer of 2013 before she learned to keep the spirits out.

One of the spirits was a middle-aged man looking for his daughter, Kenada recalled. “Kaori!” the voice called. “I have to get to Kaori. Where are you, Kaori? I have to get to the school, there’s a tsunami coming.”
When Kenada spoke, the voice asked: “Am I alive or not?”

Am I alive or not?

Kaneda asked him where he was. “I’m at the bottom of the sea. It is very cold.”

Ayane Suto was one of many people who participated in an initiative to have locals write about their ghostly encounters as a way to come to terms with them.

Her father was killed in the tsunami. When she saw the white flower placed on his coffin by the undertaker, she was shocked. Ten days earlier, when she still hadn’t heard confirmation on whether her father was dead or alive, she was at the height of her anxiety.

She went to a public bath house, and when she retrieved her boots from her locker she found a white flower inside one of them. It was the same as the flower on the coffin.

Parry wrote: “A minor mystery: how could such an object have found its way into a boot inside a locked container?”

Suto, however, doesn’t believe in the existence of spirits. She said it must be coincidence, but her ghost story has brought her comfort and she thus sees the value in it.

A similar phenomenon was experienced after an 8.8-magnitude earthquake off the coast of central Chile triggered a tsunami on Feb. 27, 2010.

A local magazine, Paula, documented some of the accounts, including that of Renato Pérez who was working as a night guard for the construction company Besalco in Constitucion, Chile. A woman came up to him and asked, “Can you help me? My son is in the water, near that pillar of the bridge [she pointed]. He died in the tsunami.”

Pérez was surprised and didn’t know how to respond to her. He said he couldn’t help her at the moment, but he could write down her information and talk to his supervisors in the morning to see if they could help her. He got a pen to write down her name, but when he looked around again, the woman was gone.

It turns out the Navy had found the body of an 11-year-old boy precisely in the spot the woman indicated, the magazine reported.

Cries of ghosts reportedly came from a campground in Curanipe, Chile, where 30 people were killed. Other ghostly experiences were reported across the region.

A similar increase in purported hauntings has occurred following other natural disasters, including the 2011 earthquake in Christchurch, New Zealand, and the 1910 avalanche in Wellington, Wash., USA.