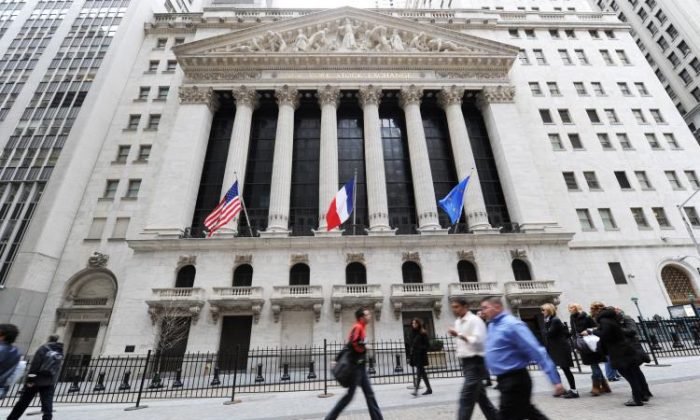 Get Out Your Checkbook: The Government Is Sticking You With Its Tab

U.S. debt is blasting toward the debt ceiling, which was recently raised—just over a month ago—like a SpaceX rocket heading for low earth orbit.

The fake conservatives in Congress feigned horror as they watched our black hole of an IOU expand by more than four-fold since the turn of the millennium, more than double since the past decade and by nearly a third in just the past two years. At 108 percent of the country’s gross domestic product, any actual “Keynesian multiplier” stimulus to be incurred from deficit spending has been reduced to crumbs.

And that’s without even considering unfunded liabilities such as Medicare, social security, and the rest. That $29.8 trillion number that everyone talks about represents the face amount of securities outstanding. The real debt is much higher when you include, you know, the interest.

At some point, something has to be done. But therein lies the dilemma. The commonly known ways to reduce debt are all career suicide where politicians are concerned. And when was the last time a politician fell on the sword willingly?

But there’s a way for governments to reduce their debt that’s not explained in your average Econ 101 book, and it doesn’t involve raising taxes, cutting spending, or borrowing into oblivion.

They just steal it all back from you.

The Sleazy Way to Attack the Debt Problem

This particular method has been described as having a “pervasive lack of transparency.” In other words, it’s a sleazy, underhanded, conniving solution.

It’s called “financial repression.” Most know it by its real name—thievery.

It has been secretly used by countries around the world to pay down massive debts (such as war debts), including the United States, which used it from 1945 to about 1980.

It can be a bit of a challenge to get your head around it, but here’s how it works:

Imagine if a debtor could issue a bond with a negative nominal interest rate. It would be a “miracle cure” for reducing their debt. You invest $1,000 in a bond. But that bond pays a negative interest rate. At maturity, your total investment of $1,000 has suddenly dwindled to only $900.

It might take a while, but you would basically be the one who ends up paying off their bills.

Of course, no one in their right mind would make an investment like that. So that’s why it has to be done without you realizing it.

First it requires artificially low nominal interest rates. This keeps borrowing costs from getting out of hand. The Fed has held rates at zero for years.

Then it requires a level of inflation higher than the interest rates being paid. The higher the level of inflation, the more quickly the debt in question is liquidated. (The United States used this for nearly 35 years to reduce its post-World War II debt.) Headline inflation is currently running at about 7 percent, so they’ve got plenty of room to work.

Combined, these two factors create an environment of negative real interest rates. This means that while investors are, in fact, getting paid a positive nominal return (let’s say 1.8 percent on your 10-year Treasury note), your overall wealth is actually shrinking by the excess rate of inflation (in this case 5.2 percent).

If tax brackets don’t change to adjust for the loss of purchasing power, you get something called “bracket creep,” where your tax liability goes up. That means you end up paying the government more as your top-line income goes up, but your ability to buy things goes down.

“Where rates rise based on nominal income, increases in incomes due to inflation push taxpayers into higher tax brackets, even without an increase in real income.”

Create enough inflation and government revenue rises (while the debt theoretically stays the same), and investors get paid back with dollars that are worth less than the dollars they originally invested.

In other words, they don’t really “pay back” the debt. What they actually do is destroy the value of those debts—your investments—through inflation!

Is This Really the Government’s Plan?

If you’ve followed me this far, you might be thinking to yourself, “But how successful could this strategy be in an environment that consistently runs $1 trillion deficits year after year?”

The answer is, it really can’t.

Historically, this strategy has been successful only when it’s been accompanied by some reduction in spending. And no, cutting Biden’s Build Back Better legislation from $3-plus trillion to just under $2 trillion doesn’t count as reduced spending. So we know our government’s attitude toward that.

Just remember that as long as your real returns on government debt aren’t keeping pace with inflation, you’re the one paying off their tab.