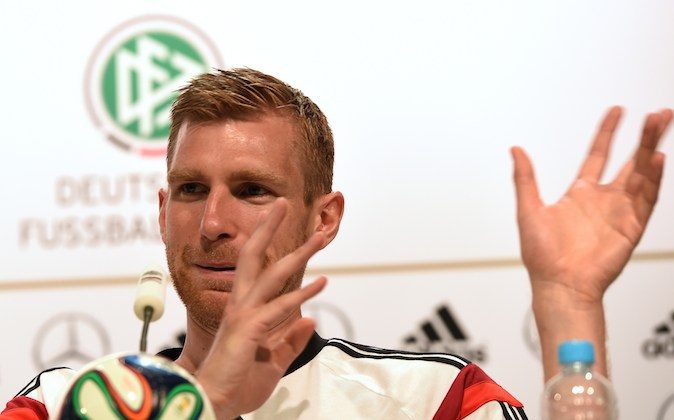 Germany's defender Per Mertesacker gestures during a press conference in Santo Andre on June 19, 2014 as part of the FIFA 2014 World Cup in Brazil. (PATRIK STOLLARZ/AFP/Getty Images)
Soccer

Germany will go head-to-head with Ghana in a World Cup 2014 Group G match on Saturday, June 21.

The game will kick-off at 3:00 p.m. EDT at Estádio Castelão, Fortaleza.