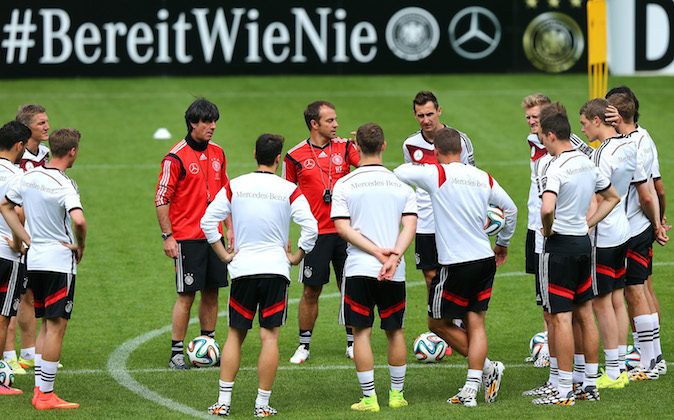 The Germany vs Cameroon soccer international friendly match is set for Sunday, June 1.

The game will be broadcast on ARD Das Erste in Germany.

The game will also air on ESPN3 and Univision Deportes in the United States.

Germany coach Joachim Low needs to sort out his final 23-man squad, and this match against Cameroon will present a good opportunity.

“It is an important opportunity for me once again to gain knowledge, both tactically and on individual players,” he said on Friday.

“We will decide who will be in the final 23 to go to Brazil on Sunday after the game.”

Manuel Neur and Phillipp Lahm will not feature in this match as they are out injured.

This match will also prove to be a vital one for Cameroon.

A 2-0 victory over Macedonia on Monday, followed shortly by a 2-1 defeat to Paraguay on Thursday, means that coach Volker Finke has some work to do before figuring out his 23-man squad.