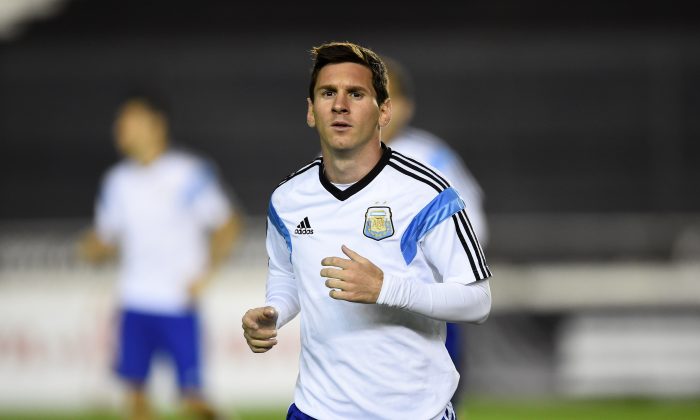 Lionel Messi of Argentina warms up during the Argentina training session, ahead of the 2014 FIFA World Cup Final, at Estadio Sao Januario on July 12, 2014 in Rio de Janeiro, Brazil. (Matthias Hangst/Getty Images)
Soccer

Germany and Argentina have announced their starting lineup for the World Cup 2014 final.

Both sides have named the same starting eleven as in their respective semi final matches.

Argentine midfielder Angel di Maria was doubtful to play after suffering a thigh injury in the quarter final, as will not be starting against Germany.

Meanwhile, Germany’s Mats Hummels will start, despite concerns that he would not recover from a knee injury that he picked up in the semi final.