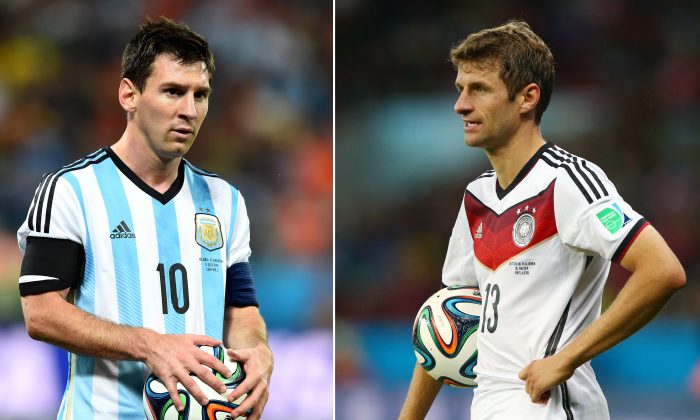 Germany and Argentina are the finalists for the 2014 World Cup in Brazil, and the game is set for Sunday, July 13.

The game will be broadcast on ARD Das Erste and Zattoo in Germany, as well as DIRECTV Argentina, DeporTV, Canal 7 TV Publica, and ESPN Cono Norte in Argentina.

Here is an Associated Press preview.