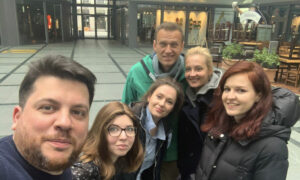 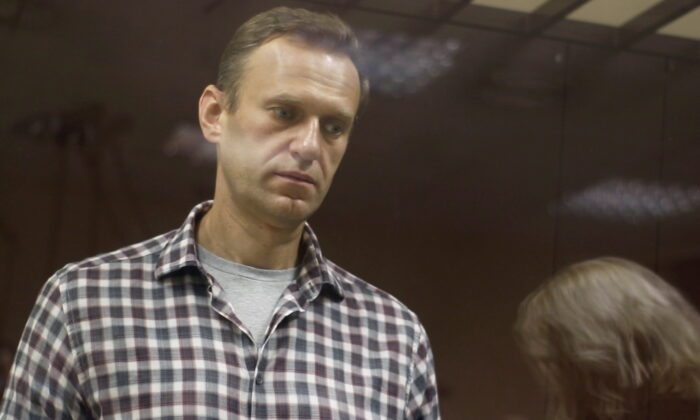 Kremlin critic Alexei Navalny, who is accused of slandering a Russian World War Two veteran, stands inside a defendant dock during a court hearing in Moscow, on Feb. 20, 2021. (Press Service of Babushkinsky District Court of Moscow/Handout via Reuters)
Europe

Germany Urges EU to Prepare Sanctions on Russia Over Navalny

BRUSSELS—German Foreign Minister Heiko Maas on Monday urged his EU counterparts to give the green light to sanctions against Russian officials responsible for jailing Kremlin critic Alexei Navalny and cracking down on pro-democracy activists.

Berlin’s call paves the way for sanctions to be imposed next month in what the 27-member bloc says should be seen as a message to President Vladimir Putin that debate and protest must be allowed in Russia.

“I am in favor of ordering the preparation of additional sanctions, of listings of specific persons,” Maas said as he arrived in Brussels. He said sanctions were pressing because Navalny had not only been sentenced to a prison term earlier this month, but also to serve this term in a labor camp.

Diplomats expect the EU to impose travel bans and asset freezes on allies of Putin next month, once experts have gathered evidence to withstand any legal challenges.

A group of EU foreign ministers met Navalny’s chief of staff Leonid Volkov in Brussels on Sunday to build their case for punitive steps against Russia, which is already under Western economic sanctions after its 2014 annexation of Crimea.

Slovak Foreign Minister Ivan Korcok echoed the mood of many EU diplomats, saying on arrival in Brussels on Monday: “I do not see that the European Union is responsible for the confrontational course that Russia has taken.”

Navalny was detained after returning to Russia from Germany last month and jailed on Feb. 2 for violating the terms of parole on what he says was a politically motivated conviction. Moscow denies wrongdoing and accuses the EU of meddling in its affairs.

In Germany Navalny had been recovering from being poisoned with a military-grade nerve agent. Navalny said Russian state security agents had put the poison in his underpants, something the Kremlin denied.

Pressure for sanctions has grown since Moscow infuriated European countries on Feb. 5 by expelling German, Polish, and Swedish diplomats without telling the EU’s foreign policy chief, who was in Moscow for a visit.

Still, Maas said he believed the EU needed to keep up some kind of diplomacy with Moscow.

“At the same time we need to talk about how to keep up a constructive dialogue with Russia, even as relations certainly have reached a low,” Maas said.

By Robin Emmott and Sabine Siebold