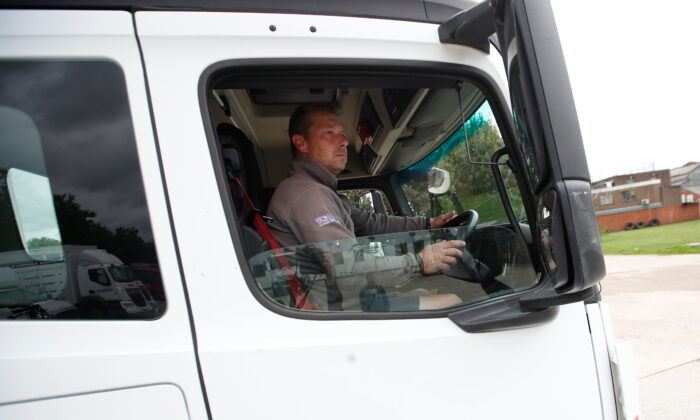 Instructor Andy Hawes during a lesson in an articulated lorry at the National Driving Centre, Croydon, Britain, on Aug. 31, 2021. (Peter Cziborra/Reuters)
Europe

BERLIN—Germany does not see any sign that it could face the same kind of fuel shortages suffered in Britain, a spokesperson for the economy ministry said on Wednesday.

“We do not see any shortages in Germany,” the spokesperson told a government news conference. “The supply situation is good, security is high.”

Britain has been gripped by a rush of panic-buying for almost a week that has left pumps dry across major cities after oil companies warned they did not have enough tanker drivers to move petrol and diesel from refineries to filling stations.