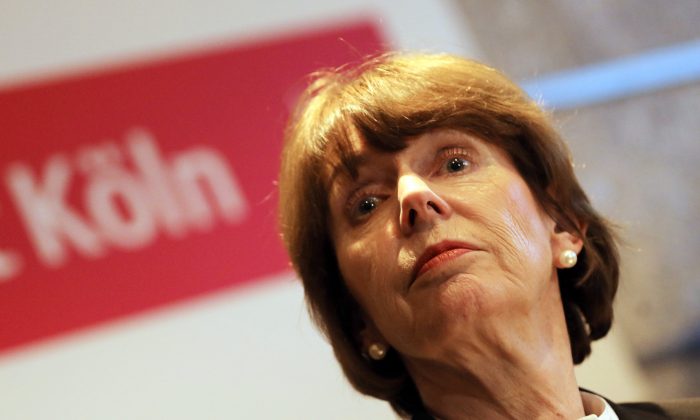 The mayor of Cologne, Germany, is being criticized after saying women in the town should abide by a new “code of conduct” following accusations of sexual assault on New Year’s Eve.

The widespread assault happened during a fireworks show, with hundreds of men of “North African and Arab” origin running around and groping women, police said. One woman was even raped.

But Mayor Henritte Reker focused on what the women could have done differently, telling reporters after an emergency meeting of local officials that, “It is important to prevent such incidents from ever happening again.”

The proposed code of conduct includes staying an arm’s length away from strangers, remaining within your own group, and asking bystanders for intervene or to help as witnesses, she said, reported RP Online.

The code for women was designed “so that such things do not happen to them,” said Reker, who added that it would soon be available online.

But her comments were slammed online.

“Mayor of #cologne already victim blaming. If the German govt had any guts they’d deport the lot tomorrow,” said one Twitter user.

Reker later said that people from “other cultures” should also be educated on acceptable conduct in public, but emphasized that the incident shouldn’t automatically be linked to recent immigrants.

“We need to prevent confusion about what constitutes happy behavior and what is utterly separate from openness, especially in sexual behavior,” she said.

“It’s completely improper … to link a group that appeared to come from North Africa with the refugees.”