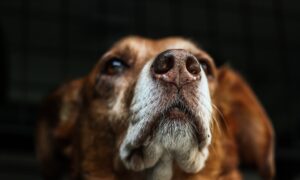 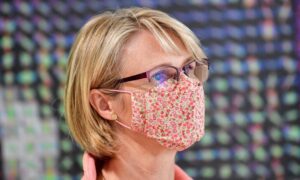 Germany: Coronavirus Vaccine Unlikely to Be Widely Available Before Mid-2021
0 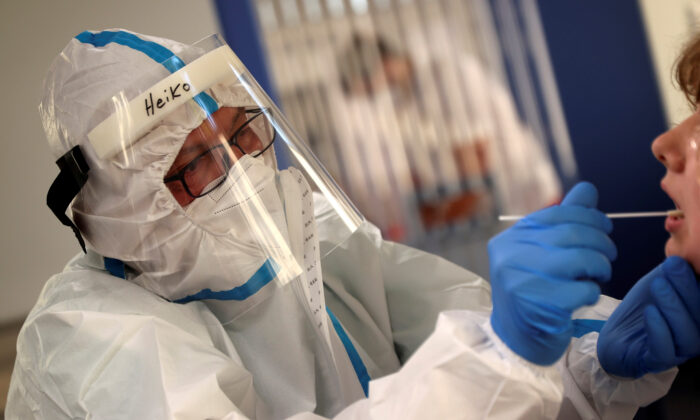 A traveler returning from the Ukraine receives a voluntary coronavirus disease (COVID-19) test by a German Red Cross medical staff at the new Corona test station at the central bus location in Berlin, Germany, on Aug. 5, 2020. (Fabrizio Bensch/Reuters)
Europe

BERLIN—Germany announced mandatory tests for travelers returning from high-risk regions after new coronavirus cases breached the 1,000-a-day threshold for the first time since May, fueling fears of a return to an economically disruptive lockdown.

Part of the increase was due to more tests taking place, he said, but the impact of holidaymakers returning to Germany and of flagging social distancing discipline was also significant.

Germany classifies almost all the world outside the European Union as high risk, as well as some regions within the bloc, including Aragon, Catalonia and Navarre in Spain, and Belgium’s Antwerp province.

The compulsory tests mean travelers will not have to quarantine for two weeks. Anyone who refuses to take the test could face a fine of up to 25,000 euros ($29,648).

“If anybody thinks they can be stubborn at the airport and deal with the fine when it comes later, no. They’re going into quarantine for two weeks,” Spahn added.

Germany’s approach is similar to that in neighboring France, which requires travelers from some countries to take COVID-19 tests at airports and ports. Some other European countries require travelers to take a test in the days before their trip.

With Europe’s largest economy only starting to recover from the near-total lockdown that was imposed in March, any sign of renewed restrictions will dismay investors.

Spahn said he thought a renewed closure of shops could probably still be avoided.

The head of the German doctors’ union said earlier this week that Germany was already contending with a second wave of the coronavirus and risked squandering its early success by flouting social distancing rules.

Officials believe it will be harder to control the spread of new infections from autumn, making it all the more important to keep numbers down as the summer draws to a close.

The lockdown pushed the number of daily new cases down to as low as 159 in mid-July, but numbers have been rising since, fueled by local outbreaks, including one centered on a slaughterhouse that had the entire city of Guetersloh placed under restrictions.

A poll for Der Spiegel magazine showed four fifths of Germans expect further lockdowns to be imposed to control the pandemic, with half expecting future measures to be stricter than in the last one.